Vadim Mashurov, Founder of Instime, is one of the most successful businessmen from Ukraine. He landed his first paid job when he was barely 14 for a start-up based out of the USA, and there was no looking back ever since. 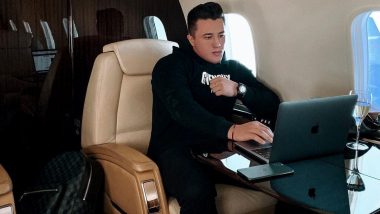 Vadim Mashurov, Founder of Instime, is one of the most successful businessmen from Ukraine. He landed his first paid job when he was barely 14 for a start-up based out of the USA, and there was no looking back ever since.

He founded Instime - a tool for social media users to boost engagement. Within three months of its establishment, it skyrocketed and reached more than 100 countries. Now, more than 125 thousand users use this tool to increase their social media reach.

Mashurov’s journey wasn't easy; he had his highs and lows, too. It was his determination and constant hard work that got him where he is today.

Mr. Mashurov was inquisitive from a young age, and technology had always fascinated him. His love for building things developed during his childhood and only grew with time. He read plenty of books related to programming and also took help from guides. He is a quick learner with multiple interests and skills.

The young entrepreneur says, "Success is relative. You do feel successful after establishing a business with a multimillion-dollar capitalization in Ukraine. But, in Silicon Valley, you're an outsider compared to the giants in the industry. The whole point is where you look and what you look up to matters."

Mashurov started working with a developer who specialized in C #, JS at an early age. Having a paid job at the early age of 14 was a launching pad for his ventures. He eventually co-founded a Fintech company.

Later on, he launched Instime, a social media promotion tool that reached over 100 countries in just three months. He is on a mission to build a network of crypto tools and break into the global financial market.

On establishing Instime, he says, "It was my partner who came up with Instime who insisted on a joint venture. I believed we could create a solid product with our collaborative skills and the results exceeded our expectations. The dynamics of growth were much stronger then."

As a young businessman, he says the environment determines what one can do and not the age—choosing the right environment, learning, setting goals, prioritizing, and controlling vices is key to success.

He advises young minds to try new things, act on them, and be unafraid to make mistakes. He says, "The sooner you start, the more you learn and find what you love at an early stage. Believing in oneself starts with positive results of the actions, accomplished goals, justified expectations, and good health."

From being one of the first to make a groundbreaking advancement in the financial markets to being contacted by Google to share their experiences, Mashurov says, "It does feel successful, but our journey has just begun."

His future goal is to implement a financial ecosystem to build financial literacy in children from 7 years. Apart from that, he is also looking to provide other financial services down the line.