The picture of her tiny hand gripping her mother's in the shelter was hailed as beacon of hope amid Ukraine's darkest hour. The incredible delivery was revealed by Chairwoman of Democracy in Action Conference Hannah Hopko. 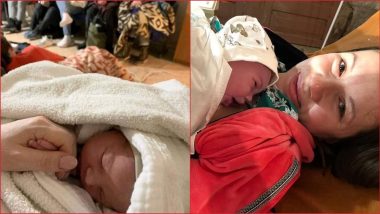 New Delhi, Feb 26: As Putin's bombs rained down on Kyiv, a tiny miracle was brought into the world amid the chaos, Daily Mail reported. While invading Russian forces bombarded terrified families, one woman, 23, had reason to be perhaps more fearful than others.

Her baby was due as she hid protected from the onslaught in a shelter in the city as gunfire raged outside. But just before 8.30 pm on Friday (local time), tiny Mia was brought into the world in what must have been some of the most stressful circumstances to give birth, Daily Mail reported. Newborns at Dnipro Children’s Hospital Moved Into Makeshift Bomb Shelter As Russia Bombs Eastern Ukraine (Watch Video). 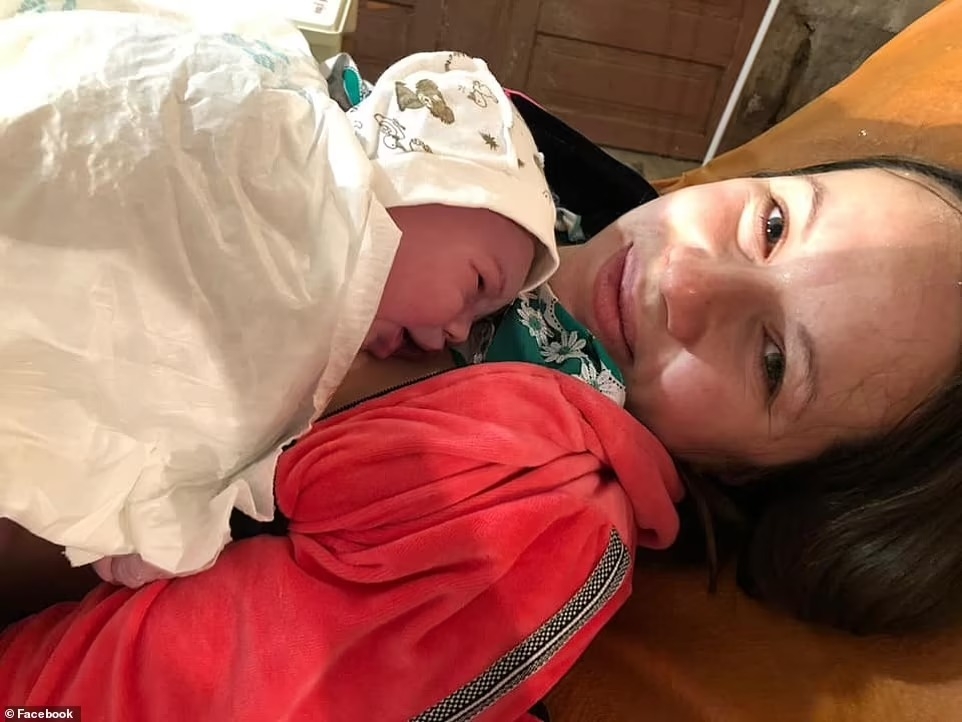 The mother's screams had been heard by Ukrainian police who had rushed in to help. One officer, Mykola Shlapak, said they helped her deliver the little girl and called an ambulance which took them both to hospital, where they both remain and are said to be doing well.

On Friday night, her arrival was being hailed a miracle as her story prompted one woman to declare "Your birth is hope in this dismal time", the report said.

The picture of her tiny hand gripping her mother's in the shelter was hailed as beacon of hope amid Ukraine's darkest hour. The incredible delivery was revealed by Chairwoman of Democracy in Action Conference Hannah Hopko.

She said: "Mia was born in shelter this night in stressful environment -- bombing of Kyiv. Her mom is happy after this challenging birth giving. When Putin kills Ukrainians, we call mothers of Russia and Belarus to protest against Russia's war in Ukraine. We defend lives and humanity," as per the report.

(The above story first appeared on LatestLY on Feb 27, 2022 12:11 PM IST. For more news and updates on politics, world, sports, entertainment and lifestyle, log on to our website latestly.com).