'Be You' Video Released on India's Independence Day, Beautifully Captures the Essence of LGBTQ Community Urging Everyone to Celebrate the Freedom and Challenge Homophobia 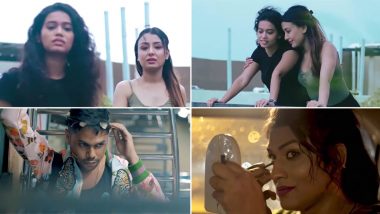 The words independence and freedom mean different things to different people. On August 15, 2020, India celebrated its 74th Independence Day. However, the free expression of love and the fact that who you are is still a luxury that only a few can hope for. For decades, those deemed as LGTBQ, had their right to love fenced in and were even penalised for it. A historic Supreme Court ruling in 2018 decriminalised consensual homosexual intercourse and abolished Section 377 of the Indian Penal Code. It has been two years, but unfortunately, the LGTBQ community is still seen with questionable eyes. To celebrate the freedom to be who you are, a beautiful video surfaced on the internet on India’s Independence Day 2020 celebration. The clip captures the essence of queer community, and it urges everyone to celebrate the freedom and ‘Be You.’ LGBTQ+ Flags, Colours and Meanings: Here’s A Complete Guide to the Queer Flags and What They Mean.

Yes, that’s the title of the short video, which was directed by Jomin Varghese and his team, Bombay Kalakaar. The clip surrounds three-story—a lesbian couple, a gay man and a transgender woman and society’s homophobic reaction. The central theme of the video is to celebrate the freedom to be YOU. Posted on Instagram, the video caption stated that the clip was shot in the previous year’s Independence Day celebration. Powerful Sayings by Gay Rights Activists For a Rainbow Instagram Feed in Support of LGBTQ Community.

“While shooting this with our transgender artist, we were stopped by the police. We took almost 8-10 train rides back and forth and did a guerrilla shoot inside the train. We attracted attention when we asked our actors to be real in public places,” reads the caption.

The video was released last year, and has been shared again on Independence Day 2020. The clip has surely touched netizens. They significantly shared the clip on social media to celebrate freedom in the truest meaning. The short video has garnered thousands of reactions and comments, and the count is expected to increase.

(The above story first appeared on LatestLY on Aug 16, 2020 04:57 PM IST. For more news and updates on politics, world, sports, entertainment and lifestyle, log on to our website latestly.com).