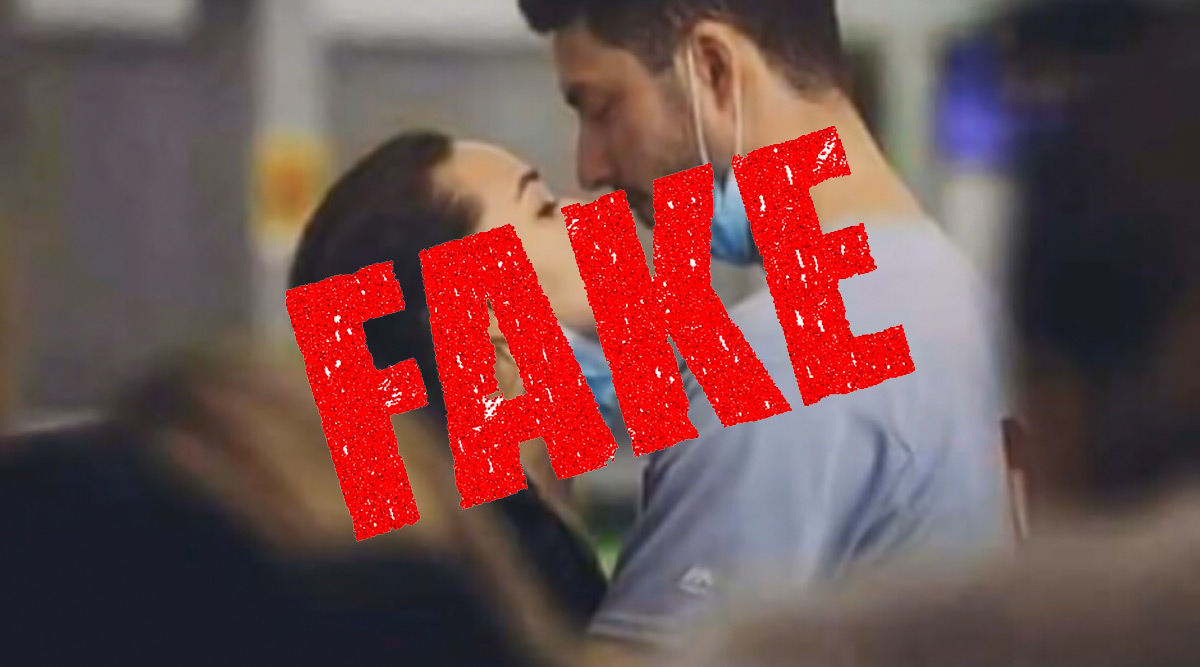 The deadly flu of COVID-19 has claimed over 16,000 lives all over the world and the number of infected patients continues to rise. During the current lockdown situation which has been imposed in several countries, a lot of people look up to social media for quick news updates. However, a lot of fake news is being shared online. A picture of a couple, both wearing a mask and looking at each other is being widely shared on social media as an Italian doctor couple, sharing a final moment before they died of Coronavirus. The claim goes on to mention they both treated about 134 patients and a week later they kissed each other a goodbye. While the photo is real, the claim is totally fake. Fact Check: Did Italian Prime Minister or President Cry on Camera Amid Coronavirus Pandemic? Here's Truth Behind Viral Picture Post.

The actual photo is taken by photographer Emilio Morenattiat (AP) Barcelona airport in Spain. It was published in news articles. The same photo has now been shared on Instagram pages and Twitter with a claim of the couple being Italian doctors. "These two Italian doctors couple struggled day n night to save 134 patients. But on the day, both succumbed to corona. Both of them saw each other for the last time. The next hour both died. Such heartwarming stories given by Corona will continue to haunt human history," the caption reads. Similar captions have been shared online to make a "heartwarming" story. However, as we mentioned earlier, it is fake. 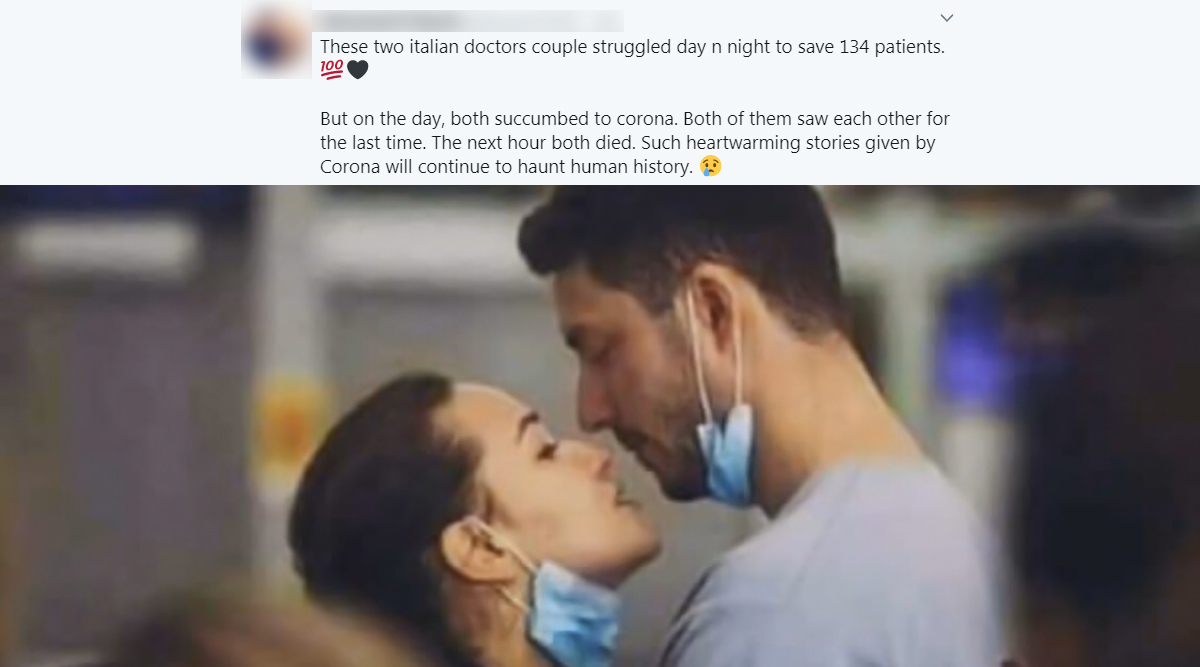 This photo was used in a NBC report almost two weeks ago and the original reads, "A couple kiss at the airport in Barcelona airport, Spain." So do not fall for the fake stories which are spun around and spread on social media in the time of crisis. A few days ago, a video of an infected patient speaking about her experience in dealing with COVID-19 was passed on as being Sophie Trudeau, Canadian PM Justin Trudeau's wife. But it was a fake claim. Social media is constantly buzzing with news updates and current situations from different countries. But we urge our readers to not pass on anything without confirming the original source.

The photo is of a couple from Spain's Barcelona airport.