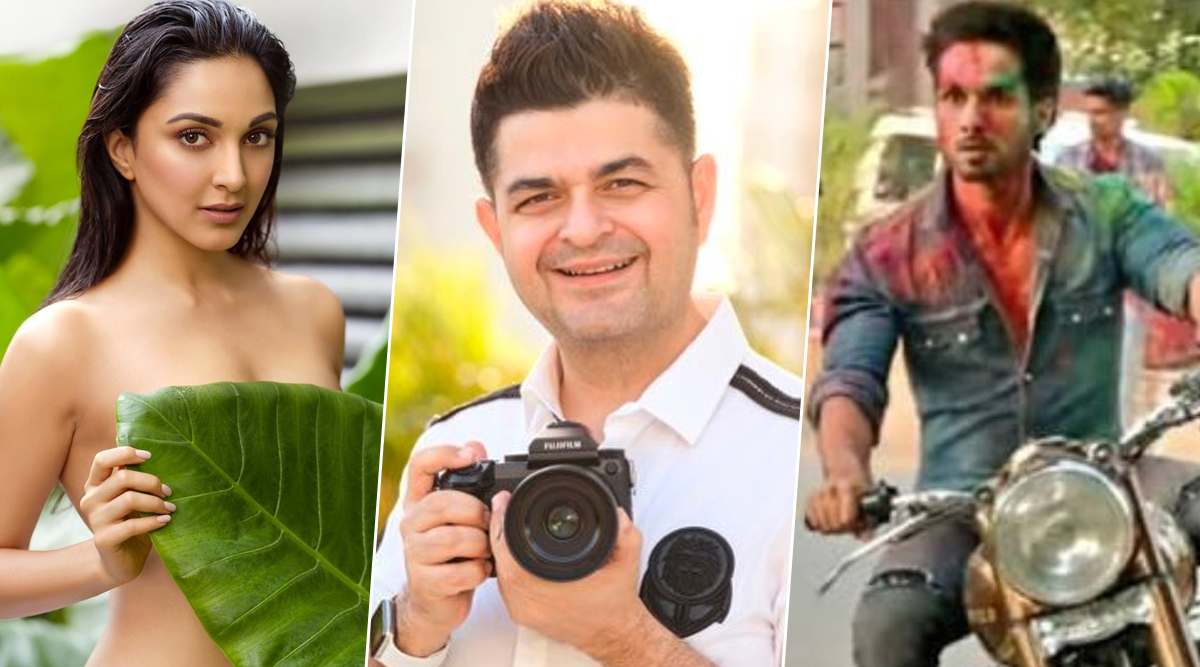 Dabboo Ratnani recently launched the 21st edition of his annual calendar. The starry datebook is graced by many Bollywood celebs with ample of hotness being dished out fresh! However, one celeb who is trending like crazy is Kiara Advani. The Kabir Singh actress went topless for Dabboo Ratnani Calendar 2020, looking gracefully hot. She is seen in a soaking avatar, hiding herself behind a huge leaf. This picture became an inspiration for creating hilarious memes. Kiara Advani, Sunny Leone, Bhumi Pednekar Go Topless On Dabboo Ratnani's 2020 Calendar! Which Click Is The Best? Vote Now!.

We all know that Twitterati is crazy when it comes to turning any damn trending thing into a meme fest. Kiara's this sexy look too was not spared and that triggered a bunch of jokes and memes. Of course, Shahid Kapoor's angry-young-man-on-bike avatar from Kabir Singh had to be a part of this! Check out some of the humorous posts floating around on the internet.

Who Wore it Better?

Jokes apart, but Kiara indeed looked pretty in this photoshoot, as she pulled off the risque avatar with utmost grace. The overall simple look with absolutely nil use of accessories or bold colours, made her stand out from rest of them. This is not the first time that she went bold for the calendar shoot. She had debuted for Dabboo Ratnani's calendar shoot back in 2019. In her first experiment itself, she pulled off a super sexy topless shoot with just an embellished jacket pulled over. Well, it's finally time to move over Preeti and welcome the hottie in Kiara Advani!