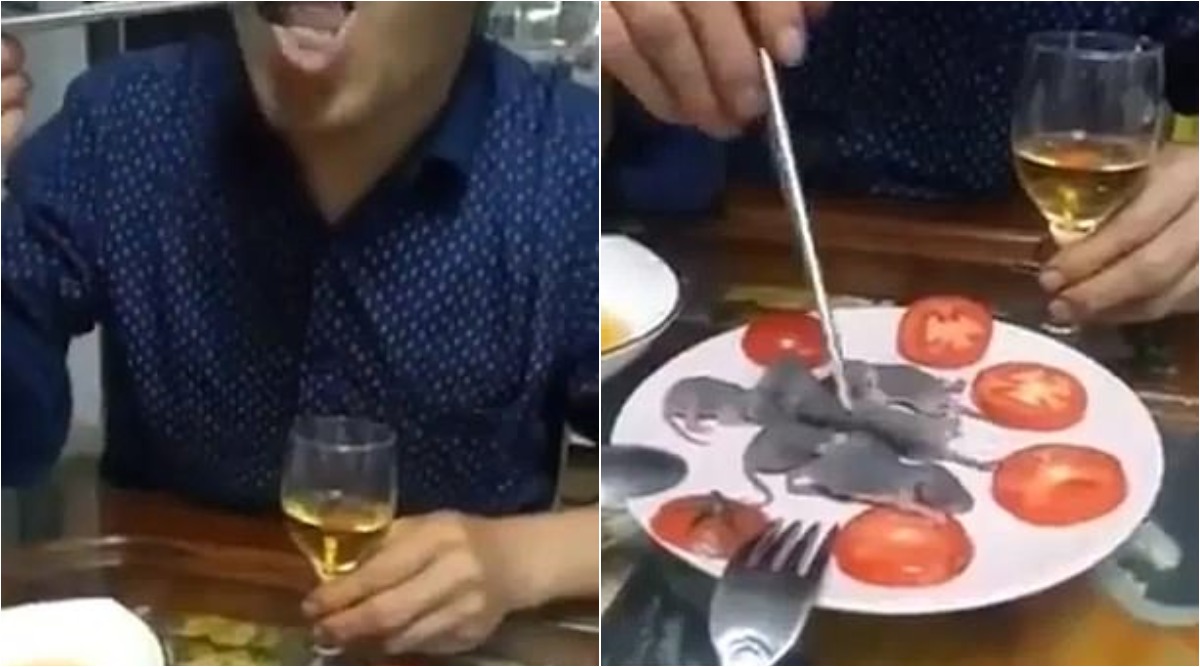 A video going viral on social media platforms shows a man-eating a live baby mouse after dipping it in the sauce. The clip shows the man sitting in front of a plate with baby mice in it. He can be seen using chopsticks to pick it up and then dips it in yellow sauce and eats it. The video has not only been termed disgusting but also worrying. The video comes amidst the panic relating to the deadly Coronavirus that is believed to have originated in China's Wuhan city. The video is said to have been recorded from a seafood market selling snakes, bats, poultry and other farm animals. China Coronavirus Outbreak: Hong Kong Leader Carrie Lam Issues 'Highest Level of Emergency', All Schools to Remain Closed.

A Twitter user shared the video with the caption, "I can't believe these pictures. In this civilized society, we eat newborn mouse Scared me intolerable. #chinazi #WuhanCoronavirus" The dish is known as 'Three Squeaks' as the mouse squeaks thrice, once when it is picked up by using chopsticks, second when it is dipped in the sauce and third when it dies. Although the dish is banned in China it is widely available in restaurants.  Coronavirus Outbreak: China Deploys 450 Military Medical Staff at Virus Epicentre Wuhan as Death Toll Jumps to 41.

Chinese Man Eats Live Mice After Dipping it in Sauce:

Earlier, video of a woman eating a bat at a restaurant had gone viral on social media platforms. Bats are traditionally used as medicine in China to treat various diseases. Coronavirus which emerged in Wuhan last month has killed 41 people. The virus causes pneumonia and high fever. China is now building a 1000-bed hospital in 10 days to treat patients in Wuhan city.