Meghan Markle Once Dressed Up As Sexy Santa! Old Picture of Duchess of Sussex From Deal or No Deal Resurfaces on the Internet (Watch Video) 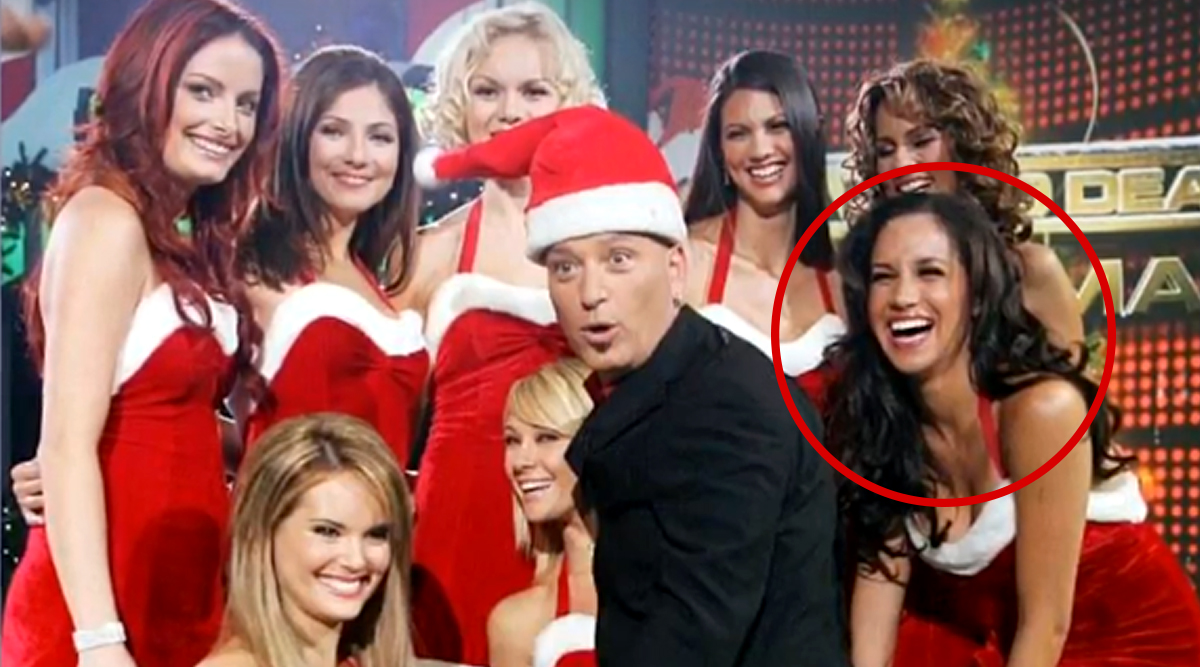 Meghan Markle as Sexy Santa For Deal or No Deal (Photo Credits: YouTube)

A viral picture of Meghan Markle once dressed as a Sexy Santa is has resurfaced and is now going viral. The picture is from the time she worked as a briefcase model on Deal or No Deal. Pictures and videos from the US version of Noel Edmonds' hit show have taken over the internet n which she can be seen wearing a skimpy Santa dress. These are pictures from the time before the actress landed her role on Suits. It is no secret that the now Duchess of Sussex used to work as a stunning suitcase girl on Deal or No Deal. Meghan Markle Shows How to Recycle Favourite Outfits Like a Total Fashionista!

But closer to Christmas this year, the picture of her in a sexy Santa dress is going viral. In the resurfaced photos, Meghan can be seen wearing a short fur-lined red dress in a classic Santa red and white. She paired her look with glittering heels and flashed a million-dollar smile. Several former models, including Meghan, has earlier spoken about the ordeal of being shot in "freezing" conditions in the small outfits and how difficult it is to stand for hours in those painful heels. Meghan Markle was seen in the 35th episode of Season 2, broadcast on Christmas Day in 2006. She was apparently wearing a pair of five-inch heels.

She told in an interview in 2013: "I would put that in the category of things I was doing while I was auditioning to try to make ends meet. I would end up standing up there forever in these terribly uncomfortable and inexpensive five-inch heels just waiting for someone to pick my number so I could go and sit down."