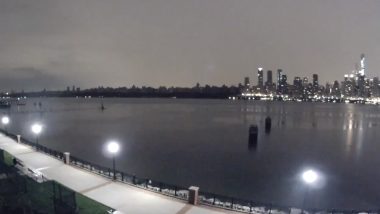 New York City in the United States of America has experienced a brief power outage in large part of the city. It happened in the early hours of Friday, August 7, 2020, as citizens woke up to darkness in the morning. According to report the power left blocks of Manhattan, including, Upper West Side, Harlem, Upper East Side in darkness. Shocked to the sudden outage, people took to Twitter, sharing videos and pictures of the “pitch black,” streets after reporting the lights went off in the city. The reason behind the brief power outage is not known; however, electricity supply eventually was restored.

Power went out in Harlem, Upper East Side and Upper West Side around 5:15 am, Eastern Time, and the New York Times reported that a separate outage in Queens happened shortly after. The Metropolitan Transport Authority stated that the blackout would also delay and disrupt several subway trains. The outage has affected thousands of residents. Electricity provider Con Edison reported in a tweet that the reason behind the outage is not known and it is investigating the matter. From Rio’s Christ the Redeemer Statute to Eiffel Tower’s Lights Turned Off, Here’s How Famous Tourist Spots From Around the World Showed Their Solidarity With Lebanon Victims.

As people woke up to dark streets in the early hours, they shared videos and photos on social media displaying the scene in the city. It’s all pitch-dark, as far as the eye could see along the streets.

Blackout Across the Hudson River

Here's a look at the moment the power goes out in upper Manhattan this morning at 5:17AM @News12NJ pic.twitter.com/39bcEkWJ4s

Surreal right now in a large part of #Manhattan. No power whatsoever pic.twitter.com/RxGZtX3uXB

People Use Flashlights to Get Through the Dark Roads

I'm a light af sleeper and woke up right after the power went out in Manhattan (noisy AC turning off woke me up lol). Can see people using flashlights and cars trying to get through dark roads #blackout #manhattan #powerout what is this weird florida behavior pic.twitter.com/0mRPeMgFmL

Can You See A Thing?

And we’re back! Here’s the moment electricity returned to upper Manhattan: pic.twitter.com/EQlR7yjwJN

While in some areas power has been restored, others might take some more time to get back the electricity supply. The outage had knocked out not only lights, but also cellphone services, as per reports.

(The above story first appeared on LatestLY on Aug 07, 2020 10:28 PM IST. For more news and updates on politics, world, sports, entertainment and lifestyle, log on to our website latestly.com).