Old Man Dances on 'Azadi' Slogan at Gateway of India During Mumbai Protest Against JNU Violence, People Laud The 'Spirit of Mumbai' As Video Goes Viral 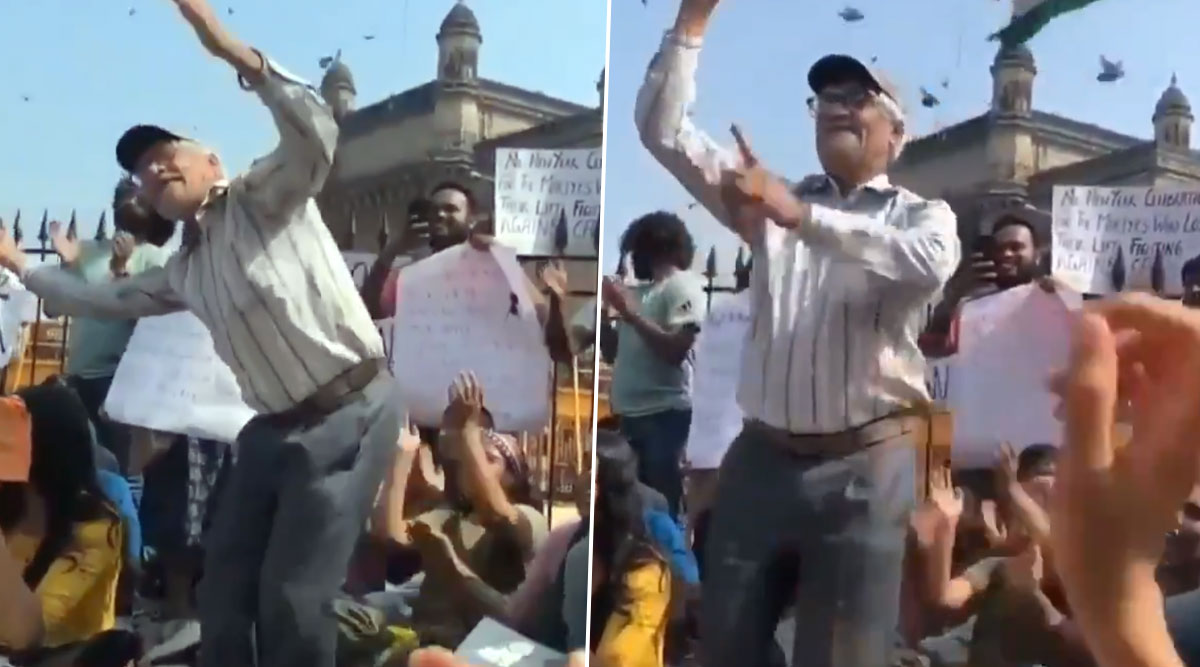 The violence in Jawaharlal Nehru University (JNU) campus in New Delhi on Sunday, January 5 sparked a nationwide protest. Demonstrations were held on the same night in major cities including Mumbai. Citizens gathered at the Gateway of India on the same night to express outrage and condemn the attacks on students. Pictures and videos from this protest made their way on social media soon. And among all the protestors, a video of an old man dancing on the Azadi slogans has caught everyone's attention. The old man was seen dancing his heart out on the various slogans raised during the protest. The video of him dancing is now going viral on social media. JNU Violence: Protest at Gateway of India Continues, People Demand PM's Resignation.

The video was shared by many Twitter users, which sees the elderly man matching his beats to the slogans of Azadi. Other protesters are seen cheering for him, clapping and wooing, adding to the beats of bongo heard in the background. The old man is in center and dancing his heart out happily. The spirit of this protester has impressed one and all. Sanjay Manjrekar Lauds Mumbai for Protesting Against JNU Violence, Reacts on India’s Current Situation (See Tweet).

One can see his happiness and he defines the spirit, even encouraging others around to join along. Check some of the reactions on this viral video.

Imagine the Happiness The Success Would Bring

The Spirit of Mumbai

Age is Just a Number

Age is just a Number. Chicha proved it.

Salute to His Spirit

The spirit of Mumbai is surely on display through this one video clip. Other than Mumbai, similar protests were held in different universities of Pune, Hyderabad, West Bengal condemning the violence on the JNU students and teachers.