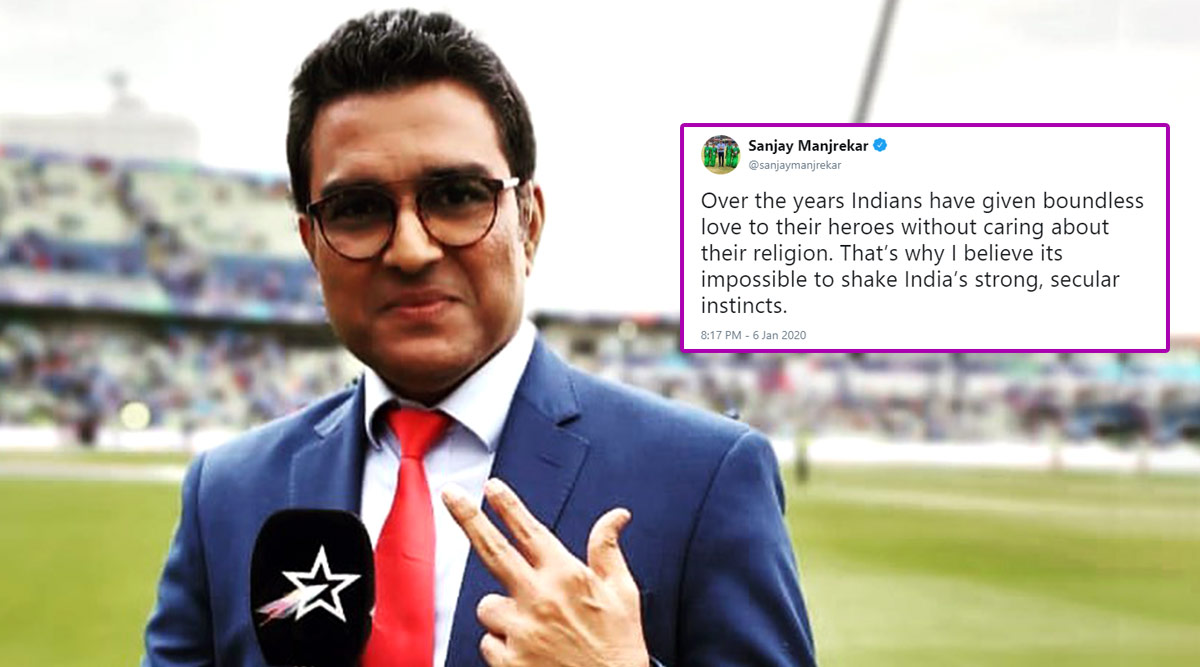 Sanjay Manjrekar became one among the few from sports fraternity to voice his opinion on the ongoing agitations against the imposition of the Citizenship Amendment Act (CAA) and NRC across India. Manjrekar, a cricketer-turned-commentator, who has often found himself in hot waters for his comments and opinions on certain matters joined the protests against the recent violence in the Jawaharlal Nehru University (JNU) in Delhi and lauded Mumbai city for standing up against the JNU violence. Manjrekar quoted a tweet which showed photographs of a large number of students at the Gateway of India, who had gathered to protest against the attack on JNU students inside their won campus on January 05, 2019 (Sunday). JNU Violence: Protest at Gateway of India Continues, People Demand PM's Resignation.

“Well done Mumbai!” wrote Manjrekar quoting the tweet before sharing his opinion about the ongoing furore in the country against CAA and NRC. “Over the years Indians have given boundless love to their heroes without caring about their religion. That’s why I believe its impossible to shake India’s strong, secular instincts,” wrote Manjrekar in a tweet hours after saluting Mumbai city for the protests. JNU Violence: Several Bollywood Personalities Join Protest Against Attack at Mumbai's Carter Road.

Over the years Indians have given boundless love to their heroes without caring about their religion. That’s why I believe its impossible to shake India’s strong, secular instincts.

Sanjay Manjrekar Out of Star Sports

Now he has taken stand against BJP , any chance Amit Shaw removing him from star sports ??? https://t.co/4KGMSxCVDW

While we are still waiting for Harsha Bhogle to take a stand https://t.co/B9nyOIdm0j

The tweet shared by Manjrekar showed scores of students gathered at the Gateway of India to protest about the violent attack on JNU campus on Sunday. The students, who came from various universities and colleges in Mumbai, had all gathered at the Gateway of India in protest against the JNU violence as soon as reports of the alleged attack by ABVP goons on spread out.