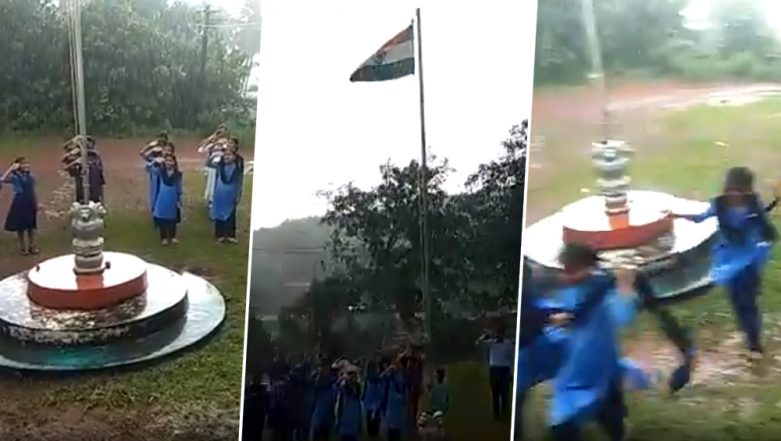 Mangalore, August 15: Students of a primary school in Karnataka's Mangaluru were hugely praised for their commitment after they continued singing the national anthem amid heavy rains. The video shot while the school was observing the flag-hoisting ceremony on the country's 73rd Independence Day on Thursday. It shows the students singing the anthem while staying put at their places despite the heavy rainfall.

The incident took place at a government primary school in Sambar Thota near Mudipu, TOI reported. While some guests present at the Independence Day celebration rush to seek shelter after rainfall begins, students and three teachers continue singing the national anthem. They left for the verandah only after finishing the national anthem. India Celebrates 73rd Independence Day, PM Narendra Modi Outlines His Vision For For 'Naya Bharat'.

Rock solid next generation of India!

India celebrated its 73rd Independence Day with Prime Minister Narendra Modi unfurling the tricolour at the Red Fort. On this day in 1947, India attained freedom from the British rule.