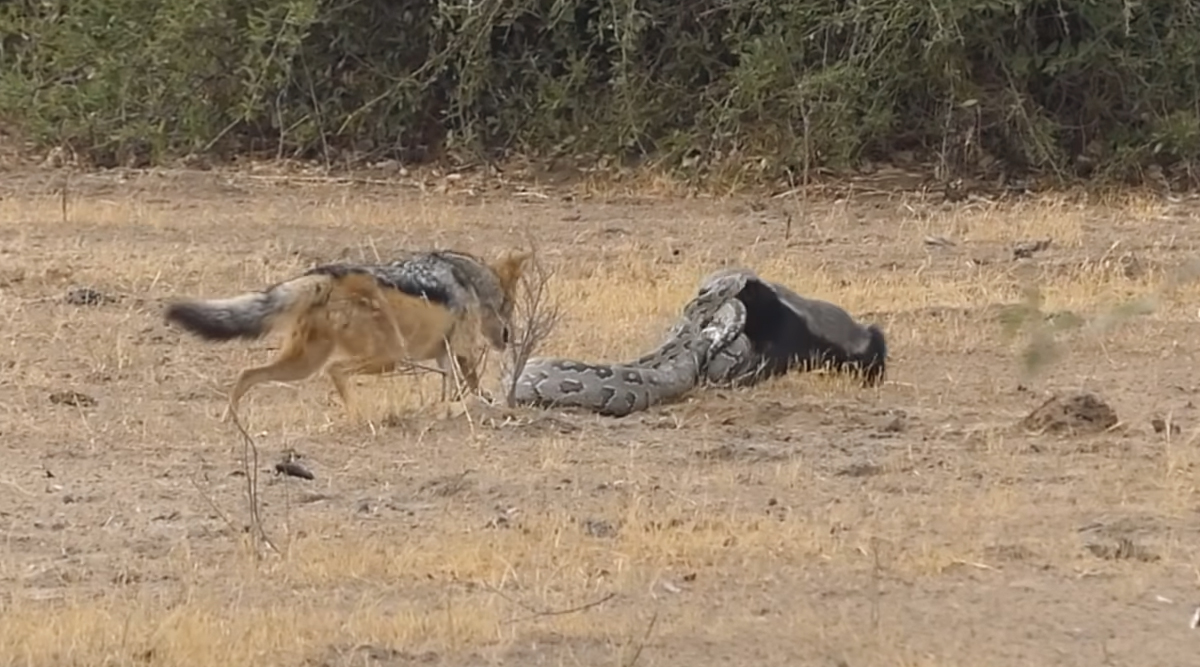 The fight for survival is tough in the wild and some incredible encounters between animals of different species have been caught on camera. One such dramatic footage was captured on video by people on a safari in Africa. There are not one or two but four animals involved in this fight. The dramatic fight is between two jackals, a python and a honey badger. It is difficult to predict who will turn on each other and who will emerge as the winner. The video was shared online and since then going viral. Video of Cobra Swallowing a Whole Python in Philippines Goes Viral! Rare Snake Fight Caught on Camera.

The incident has been from Chobe Park in Botswana, South Africa. At the start of the video, the python is seen coiled around honey badger, who is trying hard to rescue itself. That is when a jackal distracts the snake and honey badger takes on the snake. Meanwhile, when the jackal tries to get hold of the snake, he is joined by another one. With each moment, the video is turning dramatic as you cannot predict who is against whom and who plays the role of prey or the predator. It is a 4-minute-long video which sees the honey badger and jackals playing a tug of war with the python!

In the end, the honey badger managed to prove its strength by fending off the two jackals and taking away the dead snake into the bushes. Chobe National Park is one of the best places to see these animals and the group was lucky to see this dramatic scene of survival. A few days ago, a photographer had managed to capture a similar encounter between a leopard and python. The leopard, in this case, emerged victoriously and apparently broke the skull of the python.