Teenager Jumps in Ocean to Save a Struggling Turtle, Crocodile Attacks and Snatches it Away 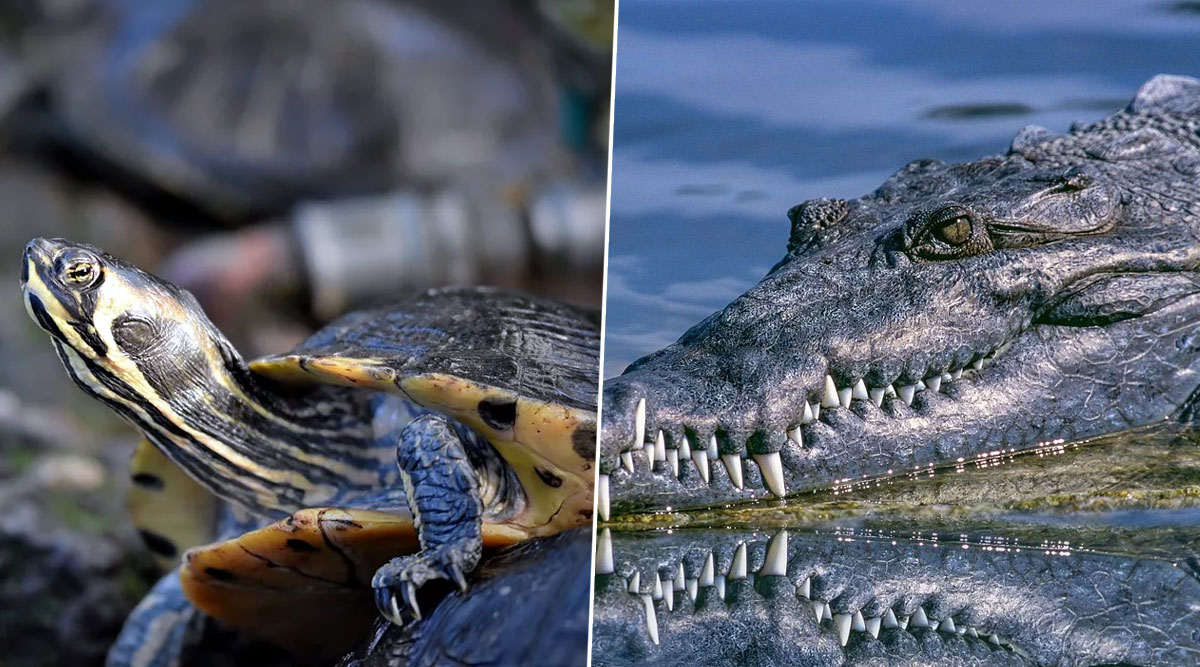 A teenager's good effort of saving a turtle could have cost him his own life after he was attacked by a crocodile. A 15-year-old named Coree Summerville was fishing at The Strand Pier in Townsville in Queensland over the weekend. He noticed a turtle struggling to swim with his belly faced upwards. Out of his instinct, he jumped in the water but a crocodile appeared out of nowhere and attacked him! The crocodile took away the turtle from his hands and went away. Crocodile Appears in River With Missing Man in Jaws After Killing Him by Biting His Crotch; Watch Horrific Viral Video.

As per reports in 7News, Corrie was at the shore when he noticed something floating at a distance. He waited for about 20 minutes for it to reach the shore and saw its a turtle struggling to swim. As a kind-hearted gesture, he jumped in and tried to flip it over. Just then, a two-and-a-half metre crocodile, probably watching them over from a distance, leapt in. The crocodile thankfully just snapped at the turtle and went in. "I had grabbed on the turtle, started pulling it back and just 'bang' - I've had to let go. It was just a big crunch," Corrie told in the report. He also added that had it not been the turtle, the croc would have definitely grabbed him. The croc ate half of the turtle and swam out of the sea.

Thankfully, here the boy was safe from the attack. He mentioned seeing some "dark shape" in the water and thought it was a shark. Ever since the incident, the swimming enclosure on The Strand esplanade has been closed. There have been many sightings of crocodiles in this year since the last year. The wildlife officers from Queensland's Department of Environment and Science (DES) have also set a trap to capture this crocodile.