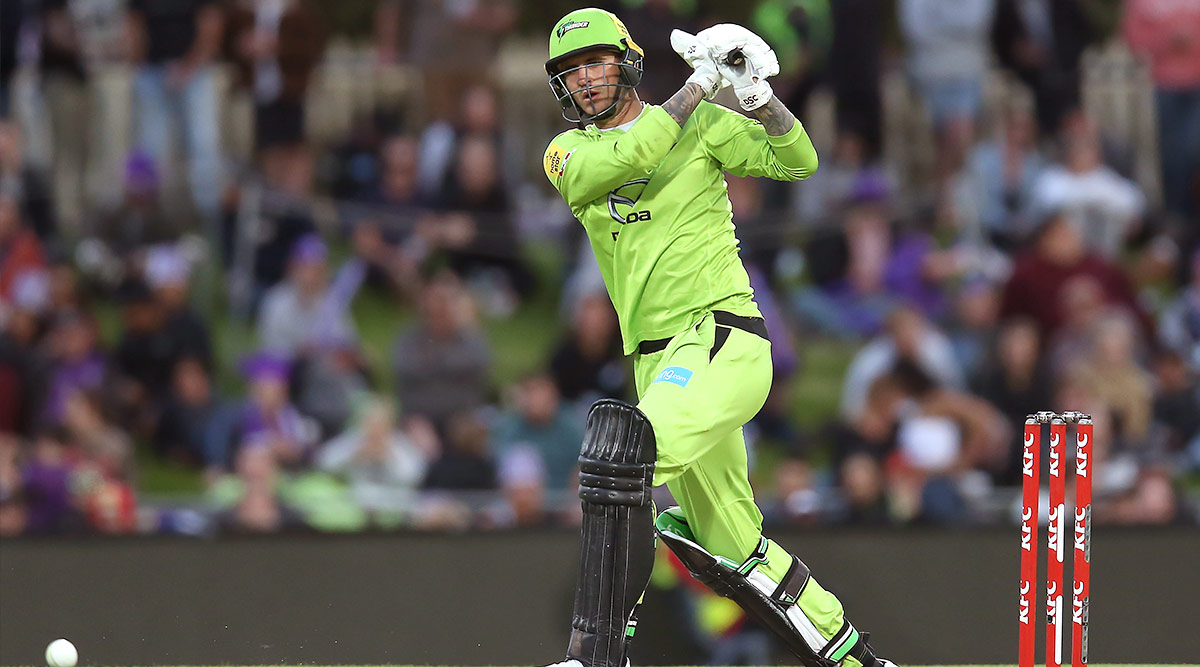 Ever saw a big shot to which you thought it deserved more than just six runs? Well, that’s exactly what you will think while watching Alex Hales’ monstrous hit against Scott Boland during the Hobart Hurricanes vs Sydney Thunder clash in Eliminator of Big Bash League 2019-20. Batting first at the Bellerive Oval in Hobart, Hales looked at his prime and gave Thunders a flying start alongside Usman Khawaja. He attacked the bowlers from the outset and gathered runs at a rapid pace. However, one of his six against Boland went so far that everyone on the field were amazed. Matthew Wade Registers Blistering Century During Adelaide Strikers vs Hobart Hurricanes Match.

The giant hit came in the last ball of the ninth over when the pacer bowled a full-delivery, clicking 135 kmph. However, the England batsman middle his shot perfection and the ball also touched the roof at the mid-wicket region. Well, the Bellerive Oval in Hobart is certainly not one of the smallest ground and thus, clearing the ropes is not a bread and butter task. However, the swashbuckling English opener accepted the challenge and sent the ball a long way.

Wait for the crash! 💥

Alex Hales sent that ball into the stratosphere! #BBL09 pic.twitter.com/Tj9s9Ky3i0

Hales went on to score 60 runs in the match and played a crucial role in guiding his side to a challenging total of 197/4 in the first innings. Other than the Englishmen, Usman Khawaja scored 54 runs while skipper Callum Ferguson piled up 33 runs. The total proved to be too much for the Hurricanes as they bowled out for 140 runs, losing the match by 57 runs. With this win, they have advanced to the knockout where they will lock horns with Sydney Thunder in order to secure a place in the Challenger.