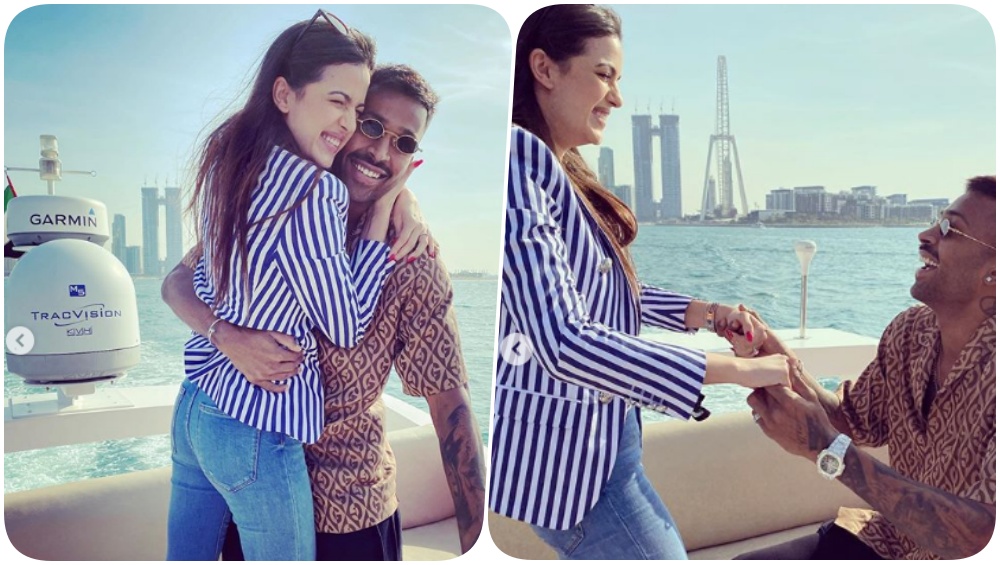 Not very long ago we told you that Hardik Pandya made an official announcement about his relationship by posting a picture together on his social media account. Now just hours later, Hardik Pandya got engaged to Natasa in a yacht and with pride flaunted the ring. Hardik Pandya made an official announcement of his engagement on social media and posted a few pictures with his lover girl. For a while now, there were reports about Hardik Pandya dating the actress and now that the all-rounder has made it official, we are sure he broke millions of hearts. Natasa also shared the video of Hardik going down on one knee. Hardik Pandya Makes Relationship With Girlfriend Natasa Stankovic Official With An Instagram Post (See Pic).

Pandya posted a few romantic pictures on a yacht and the two looked very happy as they posed for the pictures. Special arrangements were made by Pandya as there was a live band singing for the couple. Pandya posted the picture with the caption, “Mai tera, Tu meri jaane, saara Hindustan. 👫💍 01.01.2020 ❤️ #engaged.” Check out the pictures and the video below:

No sooner Hardik posted the snaps, congratulatory messages started pouring in. Natasa Stankovic was seen partying with Krunal Pandya’s wife Pankhuri Sharma. Coming back to the Hardik Pandya’s engagement, the entire team of LatesLY.com, wishes the couple a hearty congratulations.