How And Why England Won ICC Cricket World Cup 2019 Final Against New Zealand Despite Match and Super Over Being A Tie? Here's What Rules Say 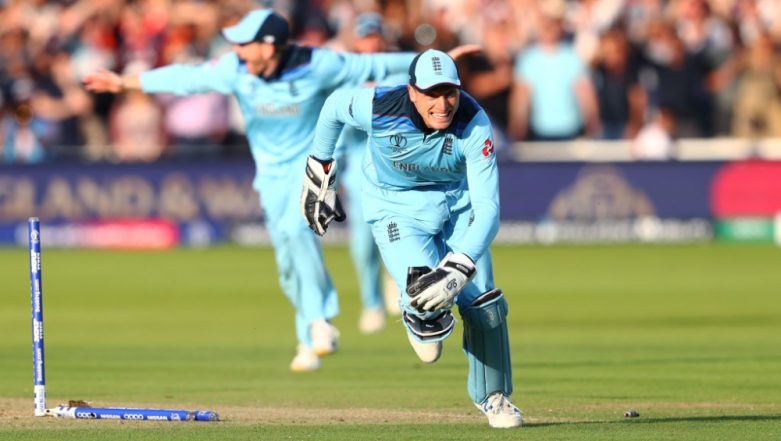 Apparently, this was the first Super Over to be held in an ODI match. Chasing 242, England were bowled out for 241 in their allotted 50 overs. On the last ball, the hosts needed two runs, but Stokes managed only one run.

The final then moved into the Super Over. England batted first and scored 15 runs to set New Zealand 16 to win. New Zealand looked well on course for the win and needed two off the last ball. However, while attempting the second run, Guptill was run-out and thus the Super Over was tied as well. England Win Cricket World Cup 2019 | New Zealand vs England Highlights of ICC World Cup 2019 Final Match: Hosts Win on Boundary Count.

Here’s What Super Over Rules Say:

# In case the World Cup final is tied, winner to be decided via Super Over.

# Only players from playing XI will participate (bat and bowl) in the Super Over.

# Team batting second will bat first in the Super Over.

# Fielding side will choose the bowling end.

# In case, Super Over is tied as well. Winner will be decided on the basis on superior boundary count in their innings and the Super Over as well.