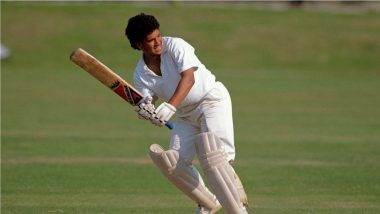 India won the 1995/96 series against New Zealand 1-0. They won in Bangalore inside three days. Rain took care of the rest. Only 71.1 overs of cricket was possible in Madras. At 177.5 overs, the Cuttack Test match fared slightly better.

Azhar added another 62 with Vinod Kambli. India collapsed to 228 once both men fell, but they had got the lead they needed. Once again Germon (41) resisted, but New Zealand collapsed to 233 against Kumble (5-81). India won by eight wickets with Jadeja scoring another fifty.

A Sachin Tendulkar fifty was the sole highlight in Madras, where only two wickets fell. At Cuttack, after two days of stop-start cricket and two days of rain, India declared overnight on 296/8, with four men crossing forty but nobody reaching fifty.

(The above story first appeared on LatestLY on Jun 21, 2021 06:07 PM IST. For more news and updates on politics, world, sports, entertainment and lifestyle, log on to our website latestly.com).