The only Test match on India's 1993/94 tour of New Zealand was the first time Test cricket from outside Asia was telecast in India. It was also Kapil's last appearance and Fleming's debut. 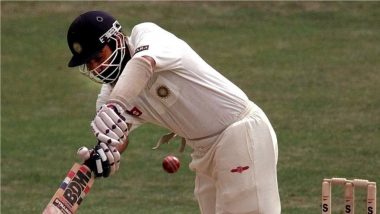 India returned to New Zealand in 1993/94 to play a solitary Test, in Hamilton. it turned out to be historic in more ways than one. Until then, there was no live telecast of Test matches outside Asia back in India (though ODIs were often shown). Now, with the advent of cable television, the Indians got to watch Test cricket from outside their continent for the first time. India vs New Zealand Part 9, 1989/90: Mohammad Azharuddin’s Baptism by Fire.

Kapil Dev had gone past Richard Hadlee’s world record tally of 431 Test wickets earlier that year. This turned out to be his last Test match. He got two wickets in the match, of Blair Hartland and Adam Parore, but that was it. He also scored 18 runs.

It turned out to be a hard-fought match. Javagal Srinath, who had taken over as lead fast bowler, took 4-60 to bowl out New Zealand for 187. Danny Morrison responded with 4-52, but India secured a 59-run lead.

But the Indian attack was blunted by resilient batting by the New Zealanders. Bryan Young got 85; captain Ken Rutherford followed his first-innings 63 with 59; but the finest innings came from a left-handed debutant called Stephen Fleming. It was his 92 that took the match away from India. India vs New Zealand Part 8, 1988/89: Richard Hadlee's Record, a Fielding Commentator.

Rutherford left India to score 310 in 66 overs. India started well, with Nayan Mongia and Navjot Sidhu adding 102 in two hours. Mohammad Azharuddin promoted Vinod Kambli, but once he fell, India did not take further risks. The sole matter of interest left in the match was whether Sidhu would get his hundred: he fell for 98.

(The above story first appeared on LatestLY on Jun 21, 2021 05:57 PM IST. For more news and updates on politics, world, sports, entertainment and lifestyle, log on to our website latestly.com).