IPL Orange Cap Holders: List of Highest Scoring Batsmen From 2008-18 of Each Season in the Indian Premier League T20 Tournament 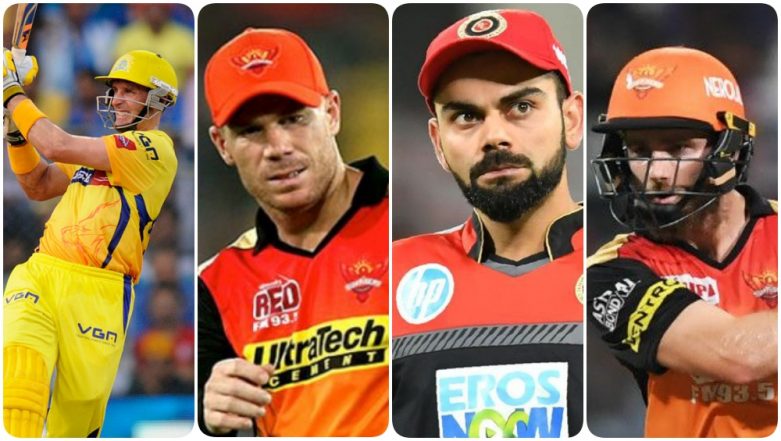 In the first year i.e. 2008 we had Shaun Marsh as the Orange Cap holder. The Australian played for 11 innings and had hit five half-centuries and one hundred. He went on to score 616 runs in 2008. Last year, we had Kane Williamson from Sunrisers Hyderabad who played 17 innings for the team and went on to score 735 runs in 2018. His highest score was 84 runs and had a strike rate if 52.5 hitting eight half-centuries and no hundreds. Now, let’s have a look at the Orange Cap holders we’ve had over the years. IPL Purple Cap Holders: List of Highest Wicket Taker Bowlers From 2008-18 of Each Season in the Indian Premier League.

The Indian Premier League will begin from March 23, 2019. The opening match will be held between Virat Kohli’s Royal Challengers Bangalore and Chennai Super Kings in Chennai. It would be interesting to see who will bag the Orange honour in IPL 12.