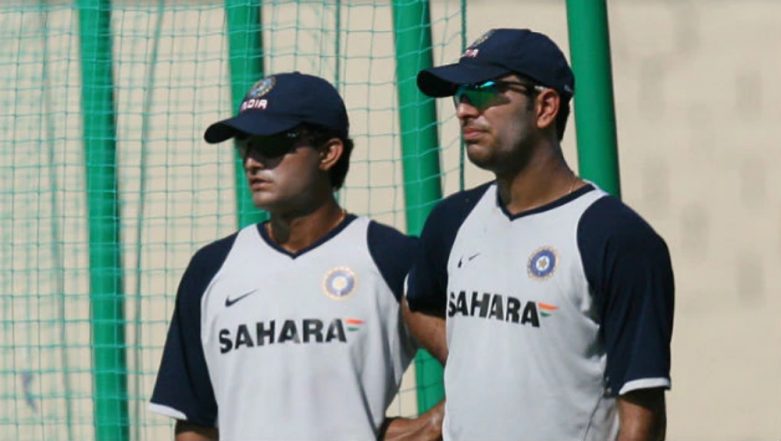 Before the two parted ways, Ganguly said, “Have a good season, play like Yuvraj Singh.” Yuvraj Singh is the new entrant in the team and was bought for Rs 1 crore. The left-handed earlier represented Kings XI Punjab and did not have a memorable time in the IPL 2018. Yuvi would surely want to put his best foot forward in the IPL 2019 to a spot in the World Cup. “Yuvi meets Dada and it will surely give you goosebumps 😭💙🙌🏻#CricketMeriJaan #MIvDC  @YUVSTRONG12 @SGanguly99,” read the caption of the video shared by the Mumbai Indians.

Both teams will play their first game of the season tomorrow at the Wankhede Stadium in Mumbai. Ganguly will be looking forward to changing the fortunes of the team as Delhi Capitals have never won the title in the history of IPL.