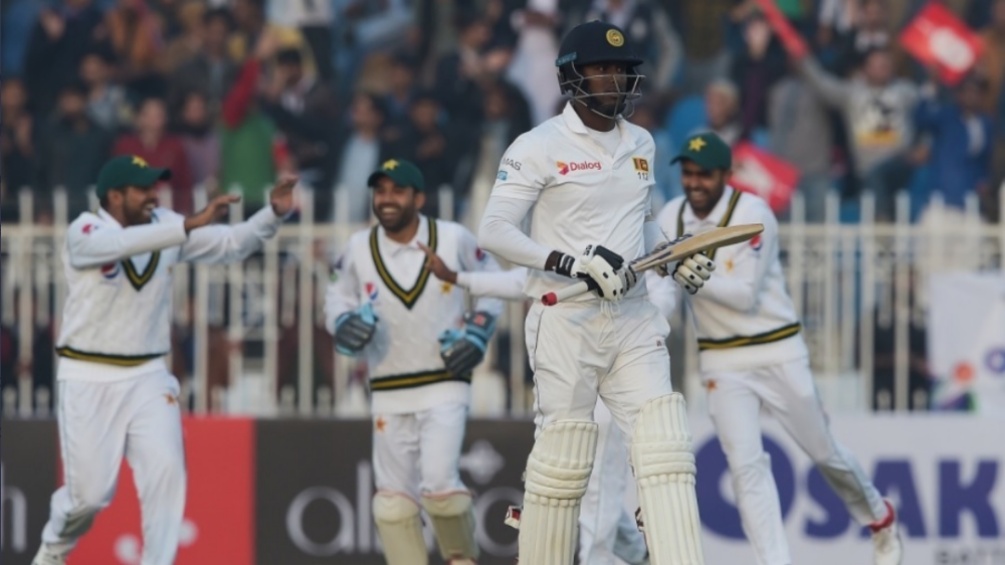 Pakistan welcomes the longer format of cricket after a long time. However the day two of the game was marred due to rains. However, after the conclusion of day 2, it was Niroshan Dickwella who came for the press conference and with this began the blunders. So media who had come to talk to the Sri Lankan players mistook Niroshan Dickwella as Dhananjaya de Silva not on one occasion but twice. This is the first time that Niroshan Dickwella is visiting Pakistan. So here’s how the entire incident unfolded. The journalist began his first question by saying, "You played well..."Pakistan Vs Sri Lanka, Live Cricket Score 1st Test Match.

Dickwella understood that the journalist might have confused him with some other cricketer, thus he responded, “I’m Dickwella actually. I’m not de Silva.” However, the Pakistani journalist continued asking him the same question and asked, “You played well on this pitch and in these conditions. Are you thinking a hundred on this pitch?" Dickwella responded with a burst of laughter, You mean me? I am Dickwella, not de Silva. I got out. I am already out in the pavilion. Maybe in the second innings." No sooner Dickwella said this, the entire room was left in splits.

Check out the hilarious video below:

Talking about the current scores, Sri Lanka has put up 263 runs on the board for the loss of six wickets. As of now, we have Dilruwan Perera and Dhananjaya de Silva batting on the score of 2 and 72 currently.