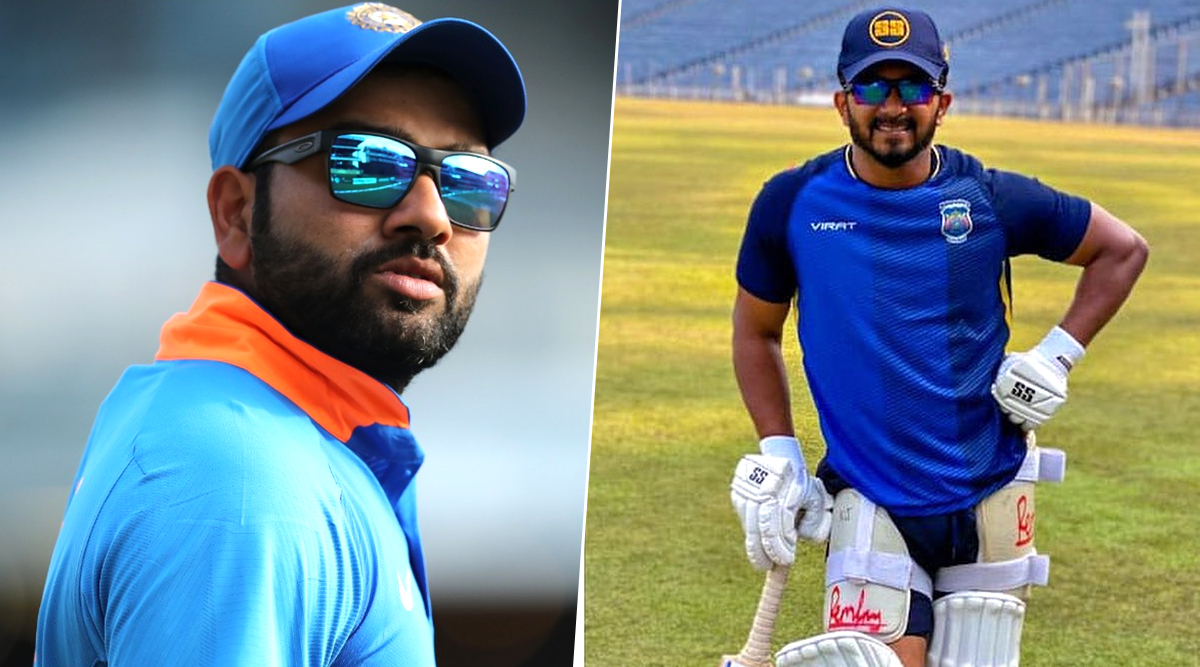 Kedar Jadhav is back in India’s ODI squad for West Indies and is gearing up to up a spectacular performance against the Men in Maroon. The right-handed batsman posted a picture on Instagram from the practice session in MCA Pune International Cricket Stadium. However, India’s limited-overs vice-captain Rohit Sharma brutally trolled him asked him to focus on batting rather than posing. In the picture, Jadhav can be seen wearing a cricket-kit and it’s obvious that the photo is shot while practising. Both Jadhav and Rohit will be seen in action together in upcoming India vs West Indies ODI series. Rohit Sharma and Kieron Pollard's Drama of Rivalry Escalates After Hitman Tweets Angry-Face Emoji Ahead of IND vs WI T20I Series 2019!

“Feels good to be back on the field and do what I like to do” read the caption of the pictured posted by Jadhav on the social-media website. The post got over 1 lakh likes but Rohit had other ideas and he saw it as an opportunity to pull the leg of his teammate. "Pose kam maar, batting karle thoda (Strike less pose, focus on Batting)" wrote Rohit in the comment section. Well, this was not the first time Rohit has tried to troll his team member. In recent times, the funny banter between him and Windies skipper Kieron Pollard is also entertaining the fans a lot and has set a great tone for the series. However, this time it was Jadhav who was on the target of Jadhav. Rohit Sharma Wishes Happy Unfriendship Day to Kieron Pollard After West Indies All-Rounder Unfollows Him on Twitter.

Feels good to be back on the field and do what I like to do. 🏏🙂 #ranjitrophy @sareen_sports 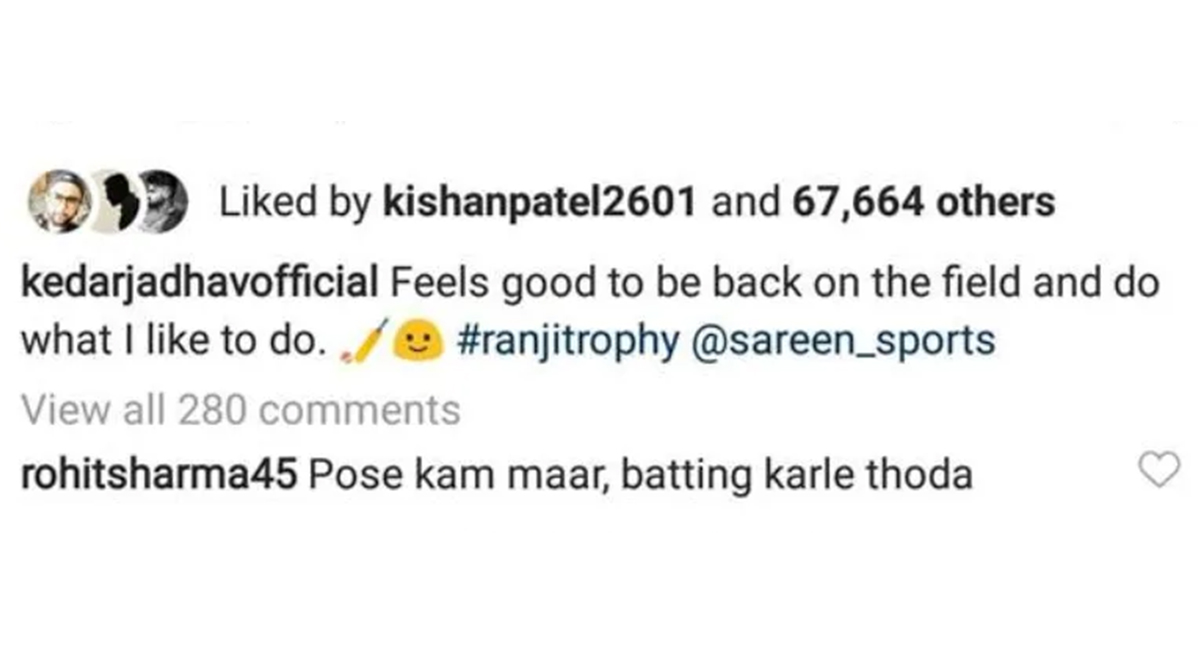 West Indies’ 2019 Tour of India consists of three T20Is which will be followed by as many ODIs. Rohit is enjoying a great run in international cricket and will look to extend his good form in the upcoming series. On the other hand, Jadhav will eye to make a thumping comeback to secure his place in the national side.