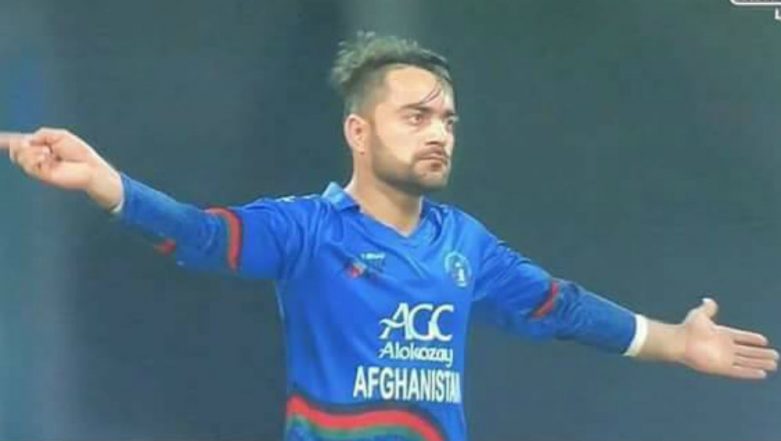 Melbourne [Australia], Jan 4: Afghanistan spin maestro Rashid Khan, who lost his father on Sunday, has decided to continue his stay in Australia for the ongoing eighth edition of the Big Bash League (BBL). The 20-year-old said that his family motivated him to stay on and continue playing for the Adelaide Strikers. Rashid Khan Plays Big Bash League in Honour of His Late Father; Snaps Two Crucial Wickets (Watch Video).

"That's how their motivation helped to stay here and play for the Strikers," he added. The right-arm bowler acknowledged the support he received from fellow Afghanistan player Mohammad Nabi in handling the loss. "I spoke with him (Nabi) a lot. He said . 'it's life - someone will go, someone will come. We all will go one day. It's not like we will be here for all of time'. The way the team, my captain, my coaches, my management - the way they (supported) me has been great," Rashid said.

"They were in my room until late (after the New Year's Eve game), encouraging me. I really love that - that kept me alive there . They were coming to me and hugging me," he added. Rashid made his BBL debut in December 2017 and is participating in the T20 tournament for the second time in his career. Overall, he has played 16 matches in the league scalping 29 wickets with an economy rate of 5.34.(ANI)