South Africa U19 vs Canada U19 Live Streaming Online of ICC Under-19 Cricket World Cup 2020: How to Watch Free Live Telecast of SA-U19 vs CAN-U19 CWC Match on TV 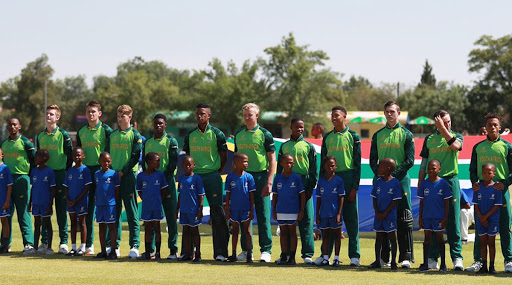 South Africa U19 will take on Canada U19 in match 12 of the ongoing ICC Under 19 Cricket World Cup 2020. The match will be played at the Senwes Park Stadium in Potchefstroom, South Africa on January 22, 2020(Wednesday). The two teams are part of Group D are currently occupy the bottom two places after losing their opening match. South Africa are fourth while Canada are third in the four-team group and are separated on the basis of Net Run Rate. Meanwhile, fans searching for the live streaming of South Africa U-19 vs Canada U-19 in ICC U10 CWC 2020 can scroll down below. ICC U19 Cricket World Cup 2020 Points Table.

Both the teams have met each other on two previous occasions in the under 19 World Cup and South Africa has emerged as victorious on both the occasions. The hosts were disappointing in their opening game against Afghanistan as they were bowled out for a below-par 129 runs which the Asian side chased comfortably with seven wickets to spare. Canada, on the other hand, put up a good fight against the United Arab Emirates in their opening game but fell short in the end as UAE chased down the target of 232 with eight wickets to spare.  ICC U19 Cricket World Cup 2020 Schedule in IST, Free PDF Download

South Africa vs Canada match in the ICC U19 World Cup 2020 will be played at the Senwes Park Stadium in Potchefstroom, South Africa on January 22, 2020 (Wednesday). The match is scheduled to start at 01:30 pm Indian Standard Time (IST) and 10:00 am local time.

Star Sports hold the official broadcasting rights of the ICC U19 World Cup 2020 in India. But the match 12 of the ICC U19 CWC between South Africa U19 and Canada U19 match may not be televised by the network.

South Africa U19 vs Canada U19 Live Streaming Online

Star Sports hold the broadcast rights for ICC U19 CWC 2020. However, with only one match being telecasted live, the streaming of South Africa U19 vs Canada U19 will not be available on the OTT platform.

South Africa have been underwhelming in the competition so far and need to put the disappointment of the last game behind them. Proteas need to get a win in this match if they want to keep their chances of advancing further in the competition alive.