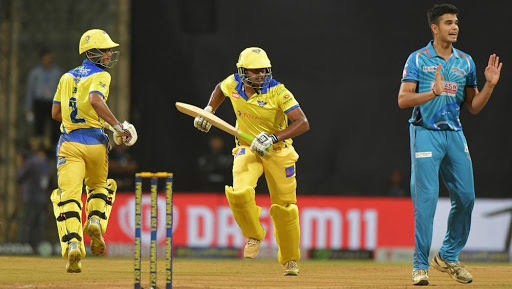 SoBo SuperSonics face Aakash Tigers MWS in the second semi-final of T20 Mumbai League 2019. The match between SS and ATM will be played at the Wankhede Stadium in Mumbai on May 25 (Saturday). SoBo SuperSonics came out winners when both these sides last encountered in the group stage. Meanwhile, if you are looking for the live streaming online and free telecast of the second semi-final between SoBo SuperSonics and Aakash Tigers MWS, then scroll down for all the essential information. T20 Mumbai League 2019 All Teams Squad: Full List of Players Participating in the T20 Tournament.

The SoBo SuperSonics were off to a flying start in the Mumbai T20 tournament. They won three successive matches before losing to NaMo Bandra Blasters in their penultimate league stage game. But the Jay Gokul Bista led side came back and beat the Shivaji Park Lions in their final league game to finish on top of the Group B points table. They had eight points from five matches, the same as ARCS Andheri, but finished higher courtesy a better run-rate.

Like SS, Aakash Tigers MWS also started the tournament with a victory. Then lost the plot with back-to-back defeats – including the loss to SoBo SuperSonics – before bouncing back with consecutive victories to finish second in Group A and qualify for the knockouts. AA finished with six points from five games. T20 Mumbai League 2019 Schedule: Complete Fixtures, Match Dates, Timetable and Venue Details of the Cricket League.

The second semi-final between SS and ATM in T20 Mumbai League will be played on May 25, 2019 (Saturday). The match will begin at 07:30 pm IST (Indian Standard time) and 02:00 pm GMT. The game between SoBo SuperSonics and Aakash Tigers MWS will be held at the Wankhede Stadium, Mumbai.