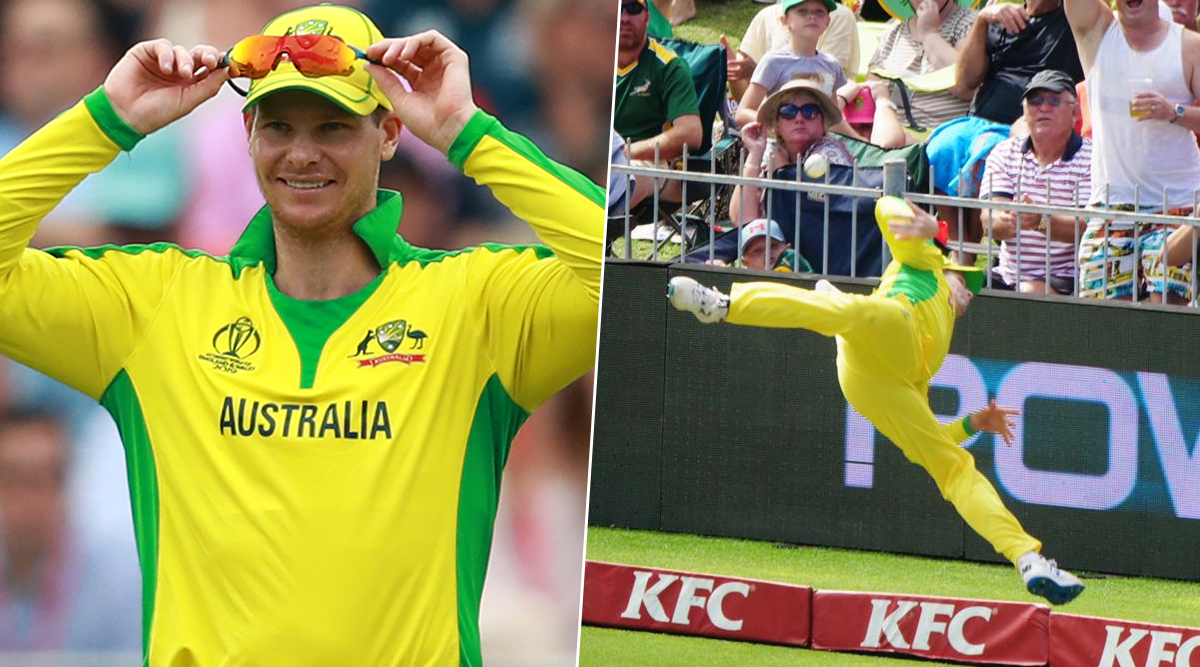 Steve Smith has been enjoying a great run in limited-overs cricket in recent times and is scoring consistently in ODIs and T20Is. However, batting is not the only department where Smith can contribute and that’s exactly what was seen during the 2nd South Africa vs Australia T20I at the St George's Park in Port Elizabeth. During the sixth over the Proteas’ innings, the 30-year old jumped full length and stopped a certain-looking maximum. Smith saved five runs for his side and his effort left everyone in awe. Quinton de Kock, the batsman who hit the shot, was absolutely stunned by the effort as a boundary was robbed from him.  South Africa Vs Australia, Live Cricket Score 2nd T20I Match

The incident occurred in the second delivery of the sixth over. De Kock received a half-tracker from leg-spinner Adam Zampa and decided to send it over the boundary ropes. Well, he also seemed to have connected the shot to perfection as the ball went towards the deep extra-cover boundary. However, Smith made an unbelievable jump and managed to stop the ball from going beyond him. Twitterati were also amazed by Smith’s effort and hailed him from head to toe. Let’s have a look.

Good comeback by the bowlers and out of this mortal world fielding by superman Steve Smith 👐 Good luck to the batters. Let's chase it 👏 #CmonAussie#SAvAUS

Steve Smith is the best fielder amongst all captains of IPL history !!

Just another clip of Steve Smith showing that he is not a human. 🤷‍♂️#SAvsAUS https://t.co/CFZTgC2fdp

Been spectacular on field, makes unbelievable saves & still acts like nothing has happened. Steve Smith 🐐 #SAvAUS

Speaking of the game, the home side won the toss and asked the Aussies to bowl first. The decision seemed to be impeccable at first as skipper De Kock got South Africa off to a flying start by scoring a 47-ball 70. However, the rest of the batsmen couldn’t capitalize on the start as the hosts could only register 158 runs in first innings. The Aussies are already 1-0 up in the three-match series which means a win here will seal the deal for them.