Barcelona Announces 18-Member Squad for Their La Liga Game Against Getafe FC, Lionel Messi &Team Sweats it out Ahead of the Tie (See Pics & Video) 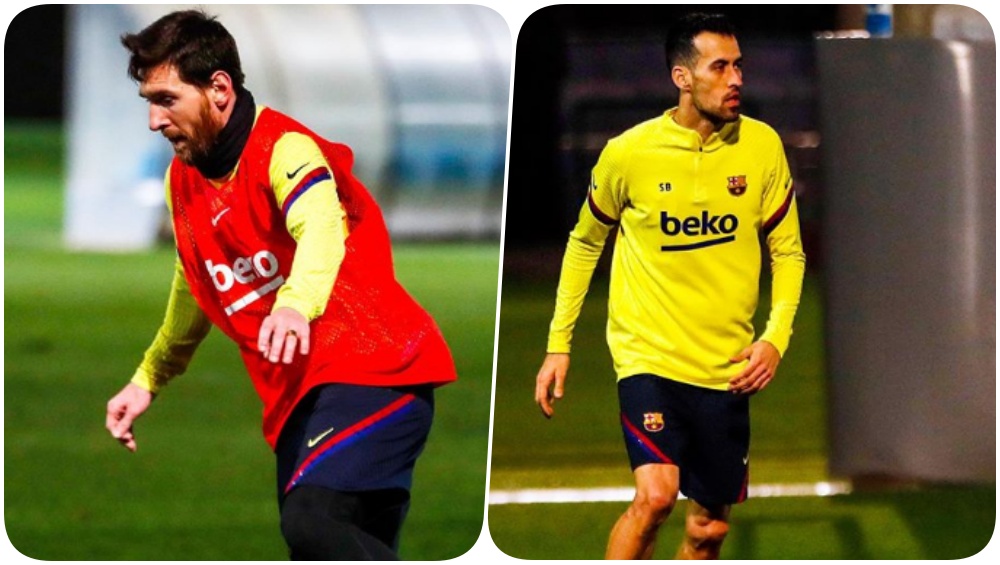 Team Barcelona sweats it out in the stadium ahead of their game against Getafe FC (Photo Credits: Instagram)

Team Barcelona is facing quite a tough time with off-field controversies especially. The team is trying their level best to put cold water on the public spat between Lionel Messi and Eric Abidal. Now the team will take on Getafe FC in their upcoming La Liga 2019-20 game and Catalan Giants have announced the squad for the upcoming match. Ahead of their game, Lionel Messi and others were seen sweating it out in the Camp Nou Stadium. The pictures of the practice session were shared by the official account of Barcelona. Lionel Messi Transfer Latest News Update: La Pulga Comfortable at Barcelona, Not Worried About Him Leaving, Says Argentina Coach Lionel Scaloni.

The members of the team included names like Lionel Messi, Antoine Greizmann, Jordi Alba and others. Neto Murara was included in the squad. There were no drastic changes made in the squad.  Luis Saurez and Ousmane Dembele continue to stay away due to an injury. Check out the full squad below and the pictures of the team sweating it out ahead of the tie.

Team sweating it out

Barcelona is really dependent on Messi as Luis Saurez and Ousmane Dembele are both away from football due to an injury. As of now, Barcelona stands on number two of the La Liga 2019-20 points table with 49 points in their kitty. So far the team has won 15 games out of 23 and has lost four matches. The Catalan Giants have faced an equal number of draws.