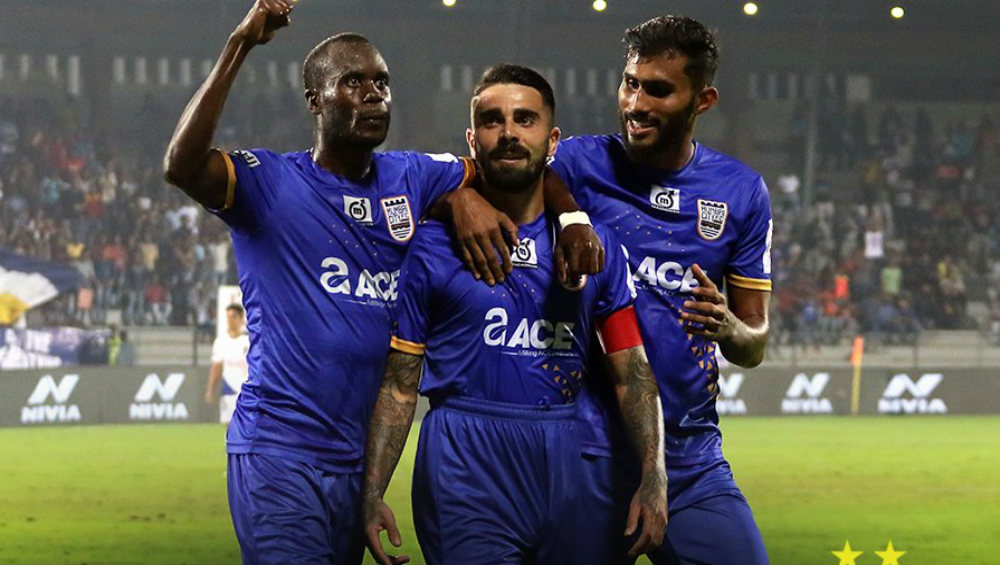 Unbeaten Bengaluru FC will take on Mumbai City FC in match 39 of the Indian Super League (ISL) 2019-20 at the Sree Kanteerava Stadium on Sunday (December 15, 2019). The defending champions defeated Odisha 0-1 in their last ISL match courtesy a first-half strike from Juanan while the Islanders came back against Kerala to earn a hard-fought 1-1 draw. In head-to-head records, Bengaluru and Mumbai have met each other four times over the course of two seasons in ISL and the Blues have the upper hand. Bengaluru have two wins while Mumbai have a solitary victory on their name and one match has ended in a draw. Bengaluru FC Vs Mumbai City FC - Live Football Score.

The defending champions have recovered from their underwhelming start with recording three wins from their last four games after drawing their opening three matches. Bengaluru are the only unbeaten side in the league and will be in no mood to let Mumbai end that run. The Blues have the best defensive record in the league but are struggling to score goals netting just seven times so far. Mumbai have been tough to beat but are very inconsistent as four of their seven matches have ended in draws. The islanders will again bank on Amine Chermiti to come up with the goals as the Tunisian has a good record away from home and has netted three of Mumbai five goals on the road. Before the match, we take a look at the head-to-head record between the teams. Bengaluru FC vs Mumbai City FC, ISL Match Preview: Unbeaten Bengaluru to Face Mumbai Challenge.

The last meeting between the sides ended with the islanders taking all three points. The visitors dominated the possession stats and had more attempts on goal but failed to make their dominance count. Paulo Machado scored on the half-hour mark and that was enough for Mumbai to get all three points.

Bengaluru dominated the match from the get-go and Udanta Singh put the home side deservedly in front when he scored on 23rd minutes. After going one down Mumbai pressed higher and equalised quickly through Modou Sougou to end the first half 1-1. Sehnaj Singh was sent off for Mumbai early in the second half and the islanders were lucky to hold on to a point in the end.

Mumbai City playing at home were no match to the attacking talent of Bengaluru FC. The islanders held defended resolutely in the first 40 minutes but Chettri’s scored just before the break and the floodgates opened. The Indian captain doubled his side's tally 7 minutes into the second half and Miku secured the points just past the hour mark. Leo Costa’s goal at the end was nothing more than a consolation.

The first-ever meeting between the teams was a cagey affair as none of the sides wanted to take a risk early on in the game and the first half ended 0-0. Bengaluru came out all guns blazing in the second half and Edu Garcia put the home side ahead after the hour mark. The three points were confirmed by Sunil Chhetri when he scored deep into the stoppage time.

Bengaluru will start the match as favourites and will be confident of getting all three points from the game. Mumbai are unbeaten away from home and will be hoping to pull off an unexpected upset.