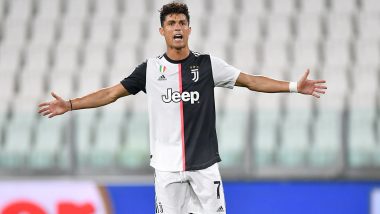 Cristiano Ronaldo is away from action after being down with COVID-19. Obviously, the five-time Ballon d’Or award winner is not travelling to Stadio Ezio Scida for the match. But that does not stop him from cheering for his team and he took to social media to support his team. Ronaldo went on to share a picture of himself on his Instagram story. He shared a picture of himself with the caption #ForzaJuventus. On the other hand, for the fixture later tonight, the team shared their 21-member squad for the fixture. Needless to say that the five-time Ballon d’Or winner is not a part of the squad as he is currently in quarantine. Italian Sports Minister Vincenzo Spadafora Hits Back at Cristiano Ronaldo, Calls CR7 ‘Arrogant’ & ‘Disrespectful’.

Talking about the squad, we Paulo Dybala and Alvaro Morata will be shouldering the responsibilities alongside Giacomo Vrioni and Hamza Rafia. Juventus steps into the game with a 3-0 win against Napoli. The team also has Aaron Ramsey who has been injured during the international duty. The team did not show up at Turin and the Juventus players were waiting for team Napoli at the Allianz Stadium. Now, let's have a look at the squad shared by Juventus below: 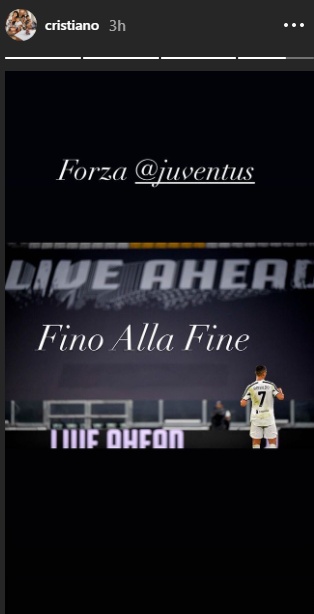 Earlier today we told you that the Italian Sports Minister Vincenzo Spadafora had earlier slammed the five-time Ballon d’Or award winner for breaking the COVID-19 protocol. The minister even called him arrogant and said that someone of CR7’s stature should lead by example.

(The above story first appeared on LatestLY on Oct 17, 2020 10:40 PM IST. For more news and updates on politics, world, sports, entertainment and lifestyle, log on to our website latestly.com).