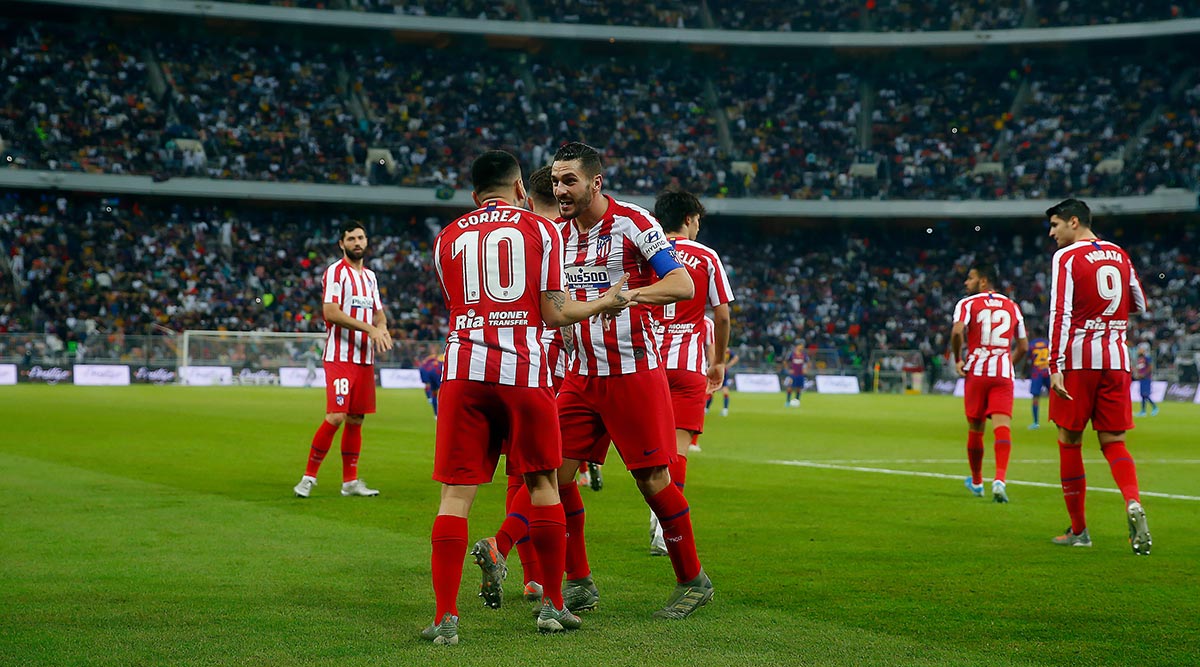 Atletico Madrid completed a remarkable turnaround to stun defending champions FC Barcelona 3-2 in the semi-final of 2020 Supercopa de Espana and set up a final date with derby rivals Real Madrid to decide the winner of the Spanish Super Cup. Atletico, who were 1-2 down with 9 minutes of regulation time remaining scored twice in the inside five minutes to stun the reigning champions in Saudi Arabia. Second-half substitute Koke had broken the deadlock seconds after coming on to put Atletico ahead before Lionel Messi and Antoine Griezmann helped FC Barcelona take the lead. But Alvaro Morata levelled the scores from the spot – after goalkeeper Neto had pulled Vitolo down – and Angel Correa scored the winner with four minutes remaining. The titleholders had two goals over-ruled by VAR. Lionel Messi Rebukes Teammates for Silly Mistakes After Atletico Madrid Stun FC Barcelona.

All five goals in the match came during a wild second-half starting with substitute Koke firing Atletico ahead just 21 seconds after coming on. The first half ended goalless with both teams guilty of missing opportunities. But Koke’s opener sparked the flow of goals. The goal-scorer himself failed to stop Lionel Messi, who bullied his way into the Atleti box, before stabbing the ball home to level the scores.

Minutes later the Argentinian scored again but the goal was ruled out for a handball. But Barcelona had to wait for a little longer before Griezmann gave them the lead. Jordi Alba found Suarez, whose header was brilliantly saved at point-blank range by Jan Oblak. But Griezmann nodded the ball in from a rebound.

As Atletico Madrid found it difficult to contain their Spanish rivals, Barcelona thought they had a third when tapped-in a Messi free-kick which fell in his way after meeting Arturo Vidal’s head. But VAR intervened again and again the goal was ruled out. Despite two disappointments, Barcelona were still leading 2-1 and had only to keep Atleti contained for the next 9 minutes for a possible El Clasico against Real Madrid in the final.

But Atletico surged ahead in the final moments. They should have gone ahead when Correa found himself clear at goal but ink dilemma, he fired straight a Neto. Joao Felix was then blocked by Sergio Roberto, whose last-ditch tackle kept Barcelona alive. FC Barcelona though were still vulnerable and Atletic came again at them.

Vitolo went clear in 81st and goalkeeper Neto came off his line to foul the midfielder. Alvaro Morara stepped up and scored from the penalty. He went clear again and his shot hit Pique’s arm but an arguably deserved penalty was declined. But there wasn't any need for Atletico to worry for moments later Correa sucker-punched Neto and with FC Barcelona were out.