Football Transfer News: From Paulo Dybala to Bruno Fernandes, Players Manchester United Can Still Get Before the Deadline

It is always tough for any modern-day club to attract top talents once they lose out on Champions League football. But, this is where Manchester United are different. They have a history as well as the financial backing to get the top names. 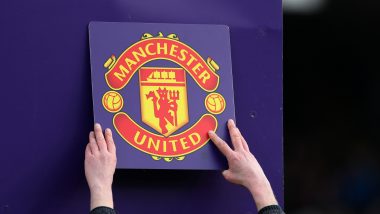 Manchester United under Ole Gunnar Solskjaer needed a massive influx of talent after a poor end to what was a disastrous 2018/19 season. It is always tough for any modern-day club to attract top talents once they lose out on Champions League football. But, this is where Manchester United are different. They have a history as well as the financial backing to get the top names, which has enabled them to get the likes of Harry Maguire and Aaron Wan Bissaka in the team. Another youngster Daniel James was recruited who seems to have a long future at the club with the kind of potential he has displayed in pre-season. Rebuilding Manchester United Face Uncertain Future.

Despite these three seasons, Manchester United are in the market for at least one player before the transfer market ends on 8th August. Let us look at the options the Red Devils have at their disposal.

There have been conflicting reports on the Paulo Dybala deal from various quarters. Some are saying the agreement is called off while others from the Dybala camp are stating of footballer's interest in moving to the English club. Wage demands by the Argentine international could be the stumbling block in this transfer as Manchester United do not want another Alexis Sanchez kind of situation. Ed Woodward is hesitant spending money on a player that has question marks raised over his adaptability in the physically draining English league. Paulo Dybala's Manchester United Transfer Called Off? Cristiano Ronaldo Had Reportedly Advised Juventus Teammate to Move to The Premier League Club.

The Portuguese midfielder is one of the most admired players in Europe at the moment for his attacking instincts in the middle of the park. Manchester United were initially linked with him for a deal of 65 million euros. However, now new stories have emerged, suggesting Ole Gunnar Solskjaer does not want the player. It is difficult to fathom this decision by the Norwegian gaffer considering the state of the Red Devils' midfield.

Manchester United's sources in England are believed to be pushing for a late deal for Danish international Christian Eriksen. Tottenham Hotspur believes a fee in the region of 60 million pounds should be enough for them to let go of the midfielder who is known for his creative genius. Since, he only has a year left in his deal with the London club – it would be better for both parties if he leaves now. United have offered him a five-year contract, and Christian Eriksen is seriously considering the proposal.

The 33-year-old striker has agreed on personal terms with Manchester United, but his arrival depends on how Juventus value Romelu Lukaku. The Croatian international is a proven goal scorer and will add value to United's attack that only had Marcus Rashford as an out striker. He is above thirty, which means Manchester United will give him a two-year deal at the maximum.

These are some of the big names linked to Manchester United. And it will be interesting to see the kind of last-minute business Ed Woodward and co can pull off.

(The above story first appeared on LatestLY on Aug 07, 2019 03:24 PM IST. For more news and updates on politics, world, sports, entertainment and lifestyle, log on to our website latestly.com).