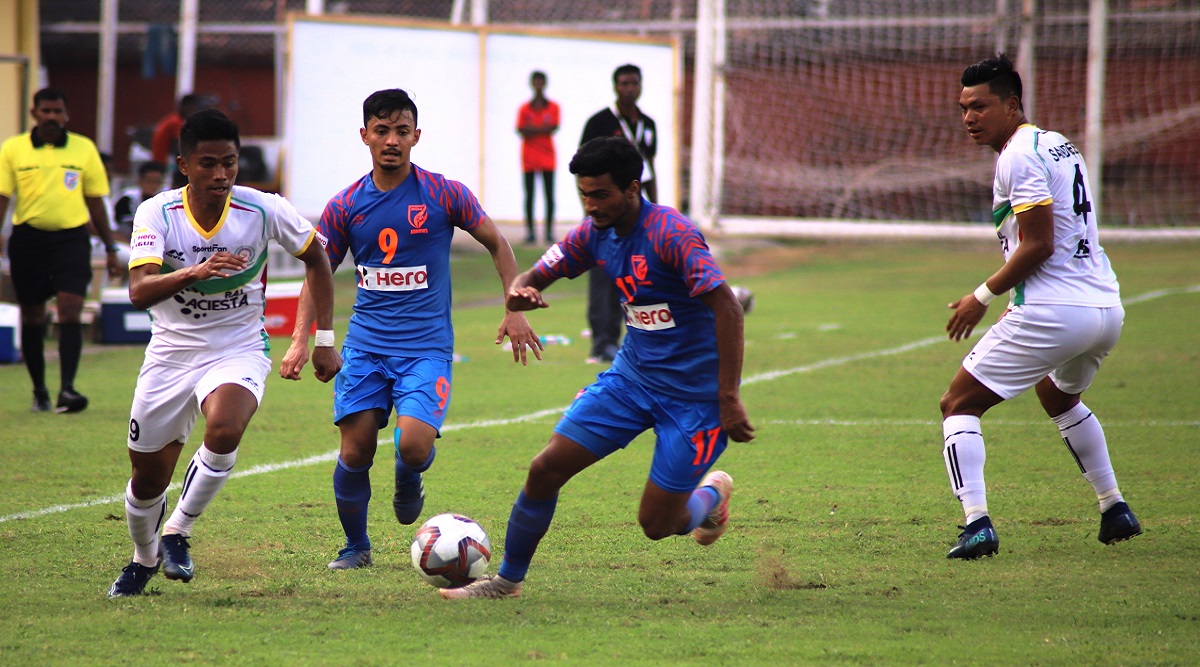 Panaji, January 12: Tiddim Road Athletic Union (TRAU) registered a comfortable 2-0 victory over All India Football Federations (AIFF) developmental side Indian Arrows in an I-League tie at the Tilak Maidan here on Sunday. Naocha Singh scored in the 44th minute to open the scoreline before Princewill Emeka doubled the visitors' lead in the 79th minute. Fresh from their victory in the Imphal derby, it was TRAU who started pressing hard from the start, piling on the pressure and not allowing Indian Arrows to retain possession for long.

In the 5th minute, Princewill Emeka received the ball on the edge of the box, and what didn't seem like a goal-scoring pass initially, was converted into one by the skipper with a beautiful turn, which completely took his marker Bikash Yumnam out of the equation and with only the keeper to beat, TRAU were denied by a smart save from Lalbiakhlua Jongte in the Arrows goal. I-League 2019–20 Result: Marti Crespi Last-Gasp Goal Helps East Bengal Beat TRAU 2–1.

TRAU's persistence paid off its due dividends going into the break. In the 44th minute, Wahengbam Luwang's corner was met by Naocha Singh inside the box, and with a flurry of blue and white shirts in the box, Singh got just the right touch to take it past the keeper to give the visitors a well-deserved lead at half-time.

TRAU doubled their lead in the 79th minute when a beautifully weighted pass by Phalguni Singh was well received by Emeka on the turn and with a delicate first touch, he took it beyond his marker and placed it home through the legs of Jongte to wheel away in celebration and rubberstamp three points for his side. Indian Arrows remained rooted to the bottom of the I-League standings, while TRAU climbed to sixth in the table, with eight points to their good.