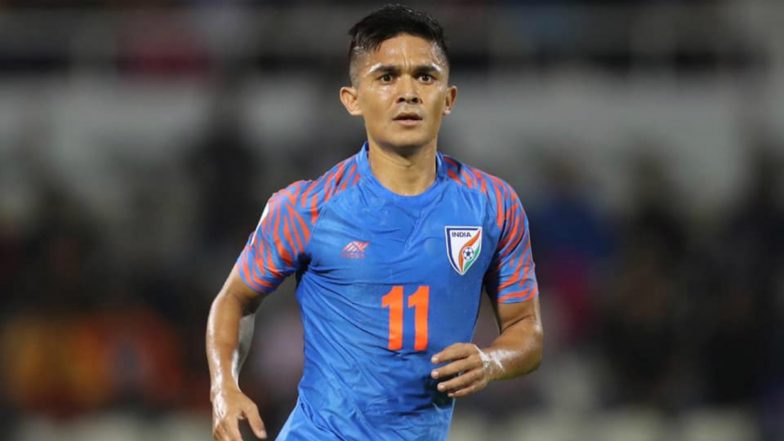 India vs Oman, FIFA World Cup Qualifiers 2022 Live Streaming Online and Telecast Details: India begin their quest for 2022 World Cup qualification with a game against a strong Oman side at the Indira Gandhi Stadium in Guwahati. The Blue Tigers, under the management of Igor Stimac, must get some points off their Asian rivals as their group consists of Asian champions Qatar. Bangladesh and Afghanistan are two sides that should not pose much of a threat. If India beat Oman, it will not only give them confidence but make lives easier in the qualification race. The two teams played a goalless draw the last time they met but playing at home, and the Blue Tigers may attack much more today.

Veteran striker Sunil Chhetri lead the forward line for the hosts with youngster Ashique Kuruniyan providing support. Midfielder Amarjit Singh Kiyam is unavailable, a favourite of the manager is not available for the contest. Udanta Singh on the wings is a livewire that can stretch the Oman defence with his trademark runs. Sandesh Jhingan and Anas Edathodika are two utility men at the heart of the defence. They will be protected by sweeper Sahal Abdul Samad who cannot let his energy level drop for the entirety of the tie.

Oman are managed by former Dutch international Erwin Koeman who is the brother of Netherland’s manager Ronald Koeman. He is relying on experienced hands to pass the Indian test with flying colours. Faiz Al-Rushaidi has been with the national team for close to a decade and should start between the sticks. 34-year-old Mohammad Al-Ghassini has just three goals to his name despite making his debut back in 2007. He, along with Mataz Saleh, pose a threat for the Indian defence, particularly with their strength and hold up play.

India vs Oman will also be available via live streaming online on Hotstar and Jio TV. India have a poor record against Oman winning just one game in 7 encounters, losing four and drawing 2. If they get an early goal in the tie, the crowd will get right behind them, which can make lives difficult for their more accomplished visitors.