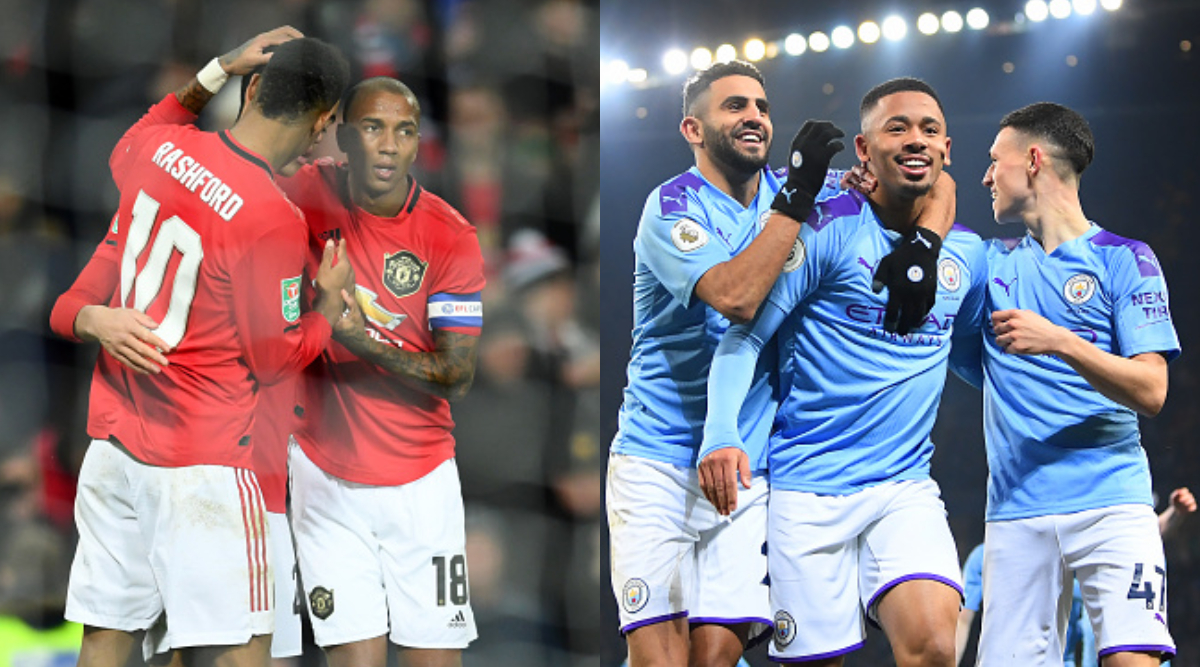 Manchester Derby 2020 Live Streaming Online: Manchester United clash with city rivals Manchester City in the first leg of the English League Cup 2019-20 semi-final in what promises to be an exciting Manchester derby. United are yet to win 2020 and have been struggling for consistency throughout the campaign. Ole Gunnar Solskjaer will want his Red Devils to make a statement with a win over Pep Guardiola’s City in the first leg. The home team have already defeated the Premier League champions once this season. Defending champions Manchester City, on the other hand, have left themselves too much to do in terms of the title race and hence these cup competitions remain their best bet for redemption this season. Meanwhile, for Manchester Derby live streaming online, fan can scroll below. Manchester United vs Manchester City Head-to-Head Records: Ahead of EFL Cup 2019-20 Clash, Here’re Match Results of Last 5 Manchester Derbies.

Paul Pogba is out for a month or two with the French midfielder needing surgery to recover from an ankle problem. He joins Scott McTominay on the injury list which means Fred and Nemanja Matic will be the midfield pair for the Red Devils. Marcus Rashford and Anthony Martial should return to the starting eleven to join Daniel James in a three-man attack. The playmaker role could go to Andreas Pereira with Jesse Lingard barely creating anything for more than a year now.

Gabriel Jesus and Riyad Mahrez did not feature against Port Avale for Manchester City and could come into the starting eleven. Playmaker Kevin de Bruyne and experienced midfielder David Silva will be part of the midfield with Rodri being the defensive midfielder. Nicolas Otamendi is a doubt for the game and will undergo a late fitness test to determine his availability for the contest. He scored when the two sides met last and is an important player for City’s set-pieces. Man United vs Man City, Carabao Cup 2019–20: From Marcus Rashford to Sergio Aguero, 5 Players to Watch Out for in Manchester Derby in Football League Cup Clash.

Where to Watch the Live Telecast of Manchester United vs Manchester City, Carabao Cup 2019-20 Semi-Final Football Match in India?

You can follow Carabao Cup matches in India, on MTV, MTV HD+, VH1, VH1 HD. All these television channels will be doing a live telecast of Manchester United vs Manchester City, semi-final match in EFL Cup.

Apart from following Football League Cup final on your television set, you can also catch the live game via live streaming online. Manchester United vs Manchester City, Carabao Cup 2019-20 quarter-final live streaming will be provided by JIO's official digital app. The match will also be available on GHD app. Manchester United will look to counter Manchester City and Pep Guardiola knows this well. It will be interesting to see how the maestro deals with Ole Gunnar Solskjaer’s methods of attacking with pace.