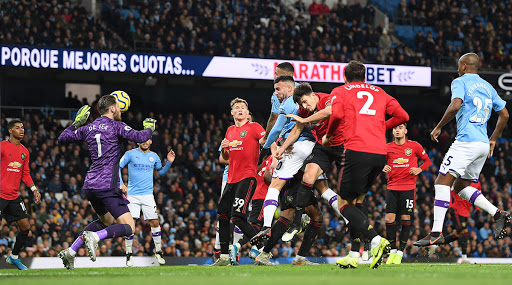 Manchester United and Manchester City are all set to battle it out in the 180th Manchester Derby during the first leg of Carabao Cup 2019-20 semifinals. The two teams met earlier this season in a Premier League clash where the Red Devils dominated the game and came out 2-1 winners, courtesy of goals from Marcus Rashford and Anthony Martial. Looking at the Head-to-Head records, in the previous 179 encounters, United hold the upper hand with 74 wins to City’s 53 while 52 games have ended in a draw. The recent matches have been fairly equal as in last five games, Pep Guardiola’s men have been victorious three times while United have recorded two wins. Man United vs Man City, Carabao Cup 2019–20: From Marcus Rashford to Sergio Aguero, 5 Players to Watch Out for in Manchester Derby in Football League Cup Clash.

This will be an important clash for both the teams as they look to make a big step towards winning the first trophy of the season. Ole Gunnar Solskjaer’s men have been inconsistent since their win at Etihad earlier in the season but the same can be said about Manchester City. That loss against United has ended the chances of City retaining their premier league title so this game will be a must-win for them. United will be confident after recent results and will be looking to get one better over their cross-town rivals. Ahead of this semi-final clash, we take a look at the result if last five encounters between the teams.

This result was a shock to many as Ole Gunnar Solskjaer tactically bettered Pep Guardiola with the way he set up his team for counter-attacks. Manchester City were underwhelming on the night as they found it hard to break down United and could not live with the Red Devils' pace up-front. Nico Otamendi pulled one back for the hosts after Rashford and Martial had put United 2-0 up but it was not enough to save them from a defeat.

Man City were too good for United on the night as they completely dominated the game from start to finish. United started with a back five but this did not stop Guardiola’s men from creating chances at will. After being level on the break, City turned on the style in the second half with Bernardo Silva and Leroy Sane giving the visitors a comfortable win.

The last Manchester Derby in which Jose Mourinho was in charge of United and he was given a footballing lesson by Pep Guardiola and his team. City started the match on the front foot as David Silva opened the scoring in the 12th minute before Aguero doubled the hosts lead after half-time. Martial pulled one back for United but the match was put to bet when Gundogan scored, four minutes from time.

This match is remembered as the game in which Paul Pogba finally came through for United. The Frenchman turned the game on its head in the second half as he scored twice in quick succession cancelling out City’s early 2-0 lead. Chris Smalling then scored late on to give United a comeback win.

Manchester City, as usual, dominated the game but were unable to make their superiority count until the final minutes of the first half when David Silva put the visitors in front. The lead lasted only two minutes as Marcus Rashford got the home side back level. Nicolas Otamendi scored in the 54th minute and that was enough to give City a crucial win.

This will be the first time since 2016 that the two rivals meet in the league cup and it will be an intense clash as a place in finals is up for grabs. United will take confidence from the last meeting between the sides and will be looking to the same in this clash as well. The second leg will be played on January 29, 2020.