Ole Gunnar Solskjaer Takes Dig at Man City Ahead of Manchester Derby, Says ‘At Least We Play Every Year Now’ 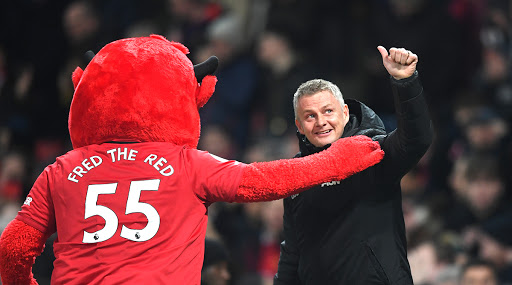 Manchester United manager Ole Gunnar Solskjaer has taken a dig at rivals Manchester City stating that at least the derby is been played every year in recent times. The 179th Manchester Derby is all set to be a fiery affair between the record English champions and the current English champions. United need a win in this fixture to continue their push for a Champions League spot after a dip in form. Meanwhile, City are desperate for a victory to get themselves back in the title race. Manchester United got the better of Jose Mourinho’s Spurs in their last match while Man City thrashed Burnley at Turf Moor. Manchester City vs Manchester United: Gabriel Jesus, Marcus Rashford & Other Players to Watch Out.

United’s manager was asked about how the derby has changed over the years to which he replied that it takes place every year now. 'At least we play every year now,' he said. 'It took many years before I played a Manchester derby myself in 2001. Man City are a better team now than when I was playing and football has changed quite a lot.' The United boss added. Ole joined United in 1996 when City were still playing in the second tier of English football and only gained promotion in the 1999-2000 season. The Norwegian forward did not play his first Manchester derby until April of 2001 and thus took a sly dig at the underwhelming past of their cross-town rivals. Manchester Derby December 2019 Screenings in Mumbai, Pune, Delhi and Bangalore: Enjoy Man City vs Man United Football Match At These Happening Places.

Anthony Martial recently suffered an injury but could be available for this match as the manager revealed it himself but said that Paul Pogba will not be back. The Citizens themselves have a huge injury concern in Sergio Aguero, as the Argentine limped off against Chelsea and will not take part in this match. Manchester United are sixth in the table with 21 points while Man City are third in the table.