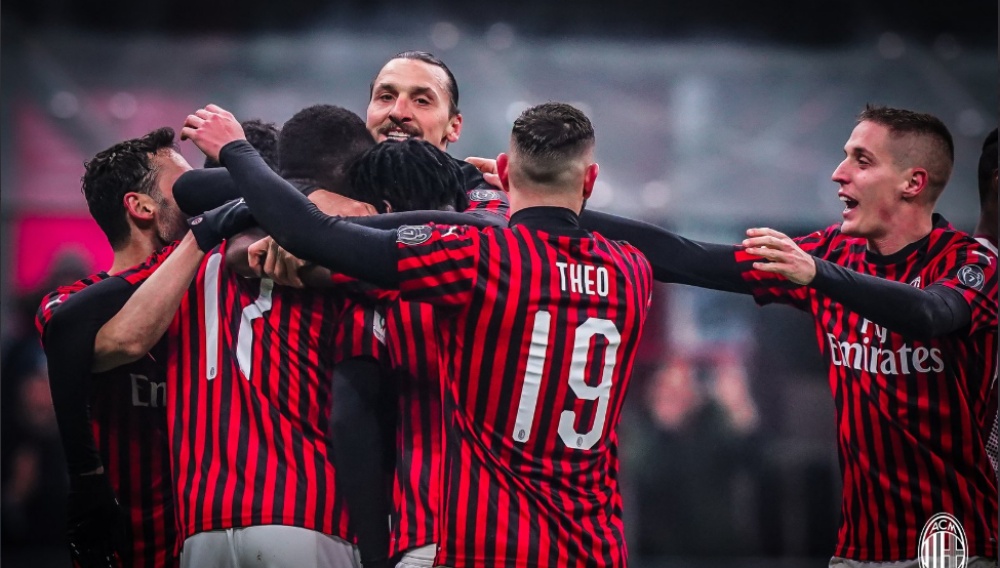 Zlatan Ibrahimovic netted a goal against Torina in the Serie A 2019-20 tie in the  Coppa Italia 2019-20 tie. The goal was scored in the last few added minutes of the game. Post this he took to social media and shared a picture of himself with an interesting caption which read, “I never left AC Milan.” The former Manchester United player had missed a sitter earlier in the game, but fortunately, Zlatan made up for the folly he made and led the team to the semi-finals of the Coppa Italia. AC Milan 4–2 Torino FC, Coppa Italian 2019–20 QF Result: Zlatan Ibrahimovic, Hakan Calhanoglu Added-Time Goals Take Rossoneri Into Semis.

With this win, Zlatan’s will face Cristiano Ronaldo’s Juventus in the semi-finals of the tournament on February 12, 2020. Hakan Calhanoglu brought up an equaliser at the 90th minute of the game and then once again scored a goal at the 106th minute. Zlatan joined the party and drilled the final nail in the coffin by scoring his first goal at San Siro since 2012. The video of his goal went viral on social media. Check it out below:

ZLATAN SEALS IT! ⚽️ Off we go to the semis 👏🏻 #MilanTorino 4-2 #CoppaItalia #SempreMilan

Get up, stand up

Ahead of the game, the club also played tribute to Kobe Bryant who passed away in a helicopter crash alongside his daughter. The players were seen wearing black armbands and mourned the demise. The club had also posted a tribute message for the perished NBA legend.