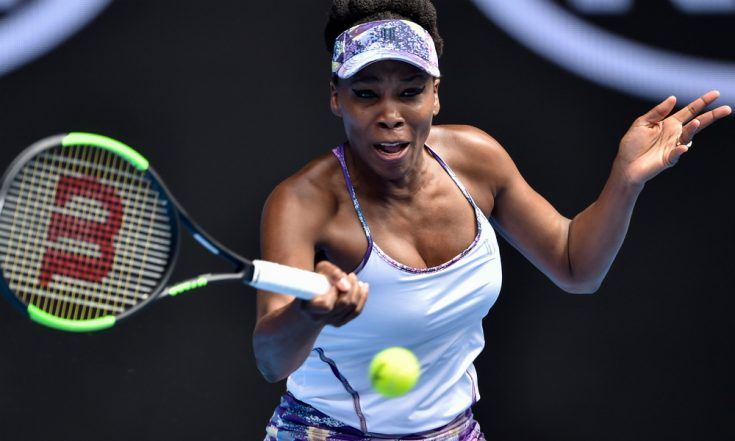 Wimbledon, July 4 (IANS): It was quite a good day for  World No 11 Madison Keys and five-time Wimbledon champion Venus Williams. Both tennis aces reached the third round of the Wimbledon tennis championships here on Wednesday. Keys defeated World No 91 Luksika Kumkhum of Thailand 6-4, 6-3 in one hour and 16 minutes to secure her spot in the Grand Slam tournament's third round for the fifth time in her career, reported Efe.

Keys is set to play Russia's Evgeniya Rodina, world No 120, who came from behind to pull off an upset win over world No 51 Sorana Cirstea of Romania 1-6, 6-3, 6-3. Venus of the US battled past Romania's world No 141 Alexandra Dulgheru 4-6, 6-0, 6-1 in just under two hours, advancing to the third round of the grass-court Grand Slam for the 18th time in her career.

"(Dulgheru) definitely played well the first set and I definitely gave her a few errors as well," the 38-year-old said after the match. "The first set was all credit to her." "I don't know if I've ever played her before, so it's always difficult to play someone for the first time - I'm sure she's seen me play a lot," she added. "She was extremely competitive." The tennis ace further said, " It is just about winning the match. If you are at your best or not doesn't matter as long as you win."

Venus is set to play the third round against the winner of the match between world No 20 Kiki Bertens of the Netherlands and Russia's Anna Blinkova, world No 107. World No 55 Donna Vekic of Croatia also advanced to the third round after beating Sweden's Rebecca Peterson 7-5, 6-4.