Krafton has officially launched the Battlegrounds Mobile India today in the country. It comes as a replacement to PUBG Mobile India, which was banned by the Indian government for national security concerns. 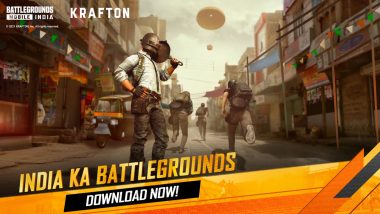 Krafton has officially launched the Battlegrounds Mobile India today in the country. It comes as a replacement to PUBG Mobile India, which was banned by the Indian government for national security concerns. The much-awaited Battle Royale online game had been teased for several months by the game maker. The game was eagerly awaited by fans ever since the news of re-launch surfaced online. Last month, the battle royale game's early access was made available to several beta testers and users who had pre-registered the game. Now, the game's final version is available for download to all Android users. However, iOS users will have to wait for a few more days to get their hands on the game. Battlegrounds Mobile India Launched, Here’s How To Download PUBG’s Indian Version.

Weapon and ammunition are some of the key elements of the gameplay. On that note, we list down the top three guns that are efficient and powerful enough to take down the enemy. 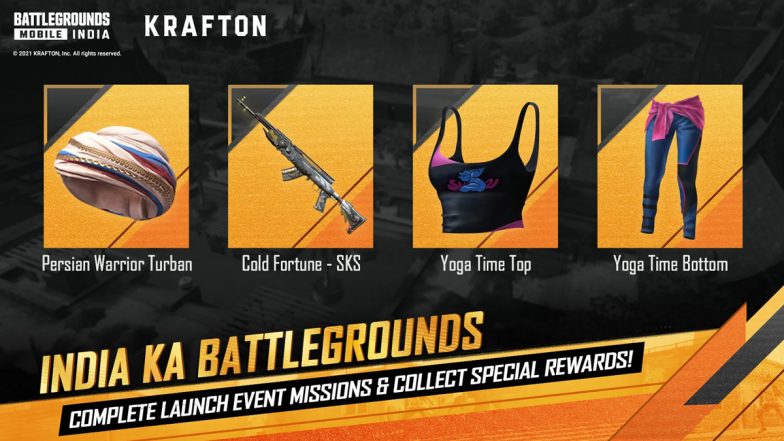 M416 is a versatile rifle that comes with 5.56mm ammo with a fire rate of 0.09 seconds. Players using this rifle can also convert a 6x scope into 3x and it can be easily controlled with some practice.

This is one of the best BGMI guns for beginners. It uses 5.56mm ammo and provides a fire rate of 0.096 seconds and a base damage of 43 HP. The gun can also be fit in with variety of attachments for customisation.

This is also one of the best rifles which uses 7.62mm ammo with an auto mode. It offers a base damage of 47 HP, holds 30 bullets, and more stable than an AKM. The rifle offers a fire rate of 0.09 seconds. 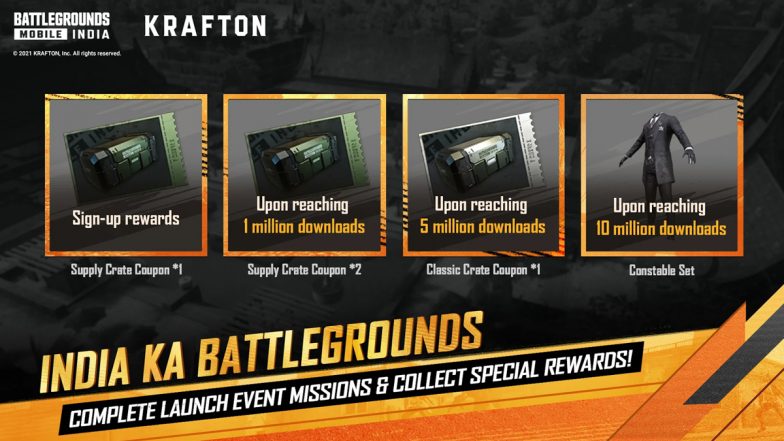 As a part of the official release, Krafton has announced several in-game events. Players will also receive several gifts including 'India ka Battlegrounds' along with '1 million' and '5 million' total download gifts after downloading the game. All these gifts can be claimed by a player until August 19, 2021. BGMI comes with several tweaks as compared to PUBG Mobile. These include the change in blood colour which is now green. Users will now be reminded to maintain things such as limiting screen time, correct posture and more. In addition to this, the word 'Kill' has also been replaced with 'Finish'.

(The above story first appeared on LatestLY on Jul 02, 2021 10:53 AM IST. For more news and updates on politics, world, sports, entertainment and lifestyle, log on to our website latestly.com).