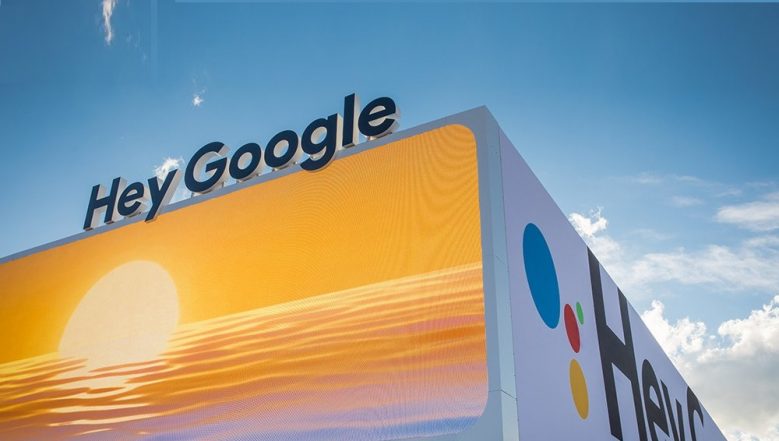 Las Vegas, Jan 9: Google Assistant is about to get smarter with a new Interpreter mode that would help users have a real-time conversation in nearly 27 languages. "Just say 'Hey Google, be my French interpreter' to start 'Interpreter Mode' and get real-time spoken and (on Smart Displays) written translation to aid the conversation," Manuel Bronstein, Vice President of Product, Google Assistant, wrote in a blog post late on Tuesday. CES 2019: Google Announces E Ink Screen, New Assistance Features, Interpreter Mode at Trade Show.

The Interpreter mode in Google's virtual assistant would be rolled out over the next few weeks on Google Home devices and Smart Displays, the company announced at the CES 2019 here.

"We see this technology expanding to more places -- it could help you check in at a foreign hotel or help you understand the bus schedule. We'll be piloting Interpreter Mode this week at CES at the concierge desk in Caesars Palace, and at the Hyatt Regency in San Francisco and Dream Downtown in New York City," Bronstein added.

We’re officially on the move with @madebygoogle at #CES2019! Enjoy the ride and say #HeyGoogle at The Google Assistant Playground → https://t.co/omjk7dDVVn pic.twitter.com/QlIic4w0ok

Google Assistant has been around for two and a half years now and has been installed on nearly one billion devices globally. Currently, the Interpreter mode can translate between 27 languages in real-time and is slated to work through Google Home speakers such as the Google Home Hub and Google Home Mini.

The feature would be introduced to more devices and even smartphones in the future. Meanwhile, applications such as Google Maps would also include Assistant functionality, which will make driving safer.