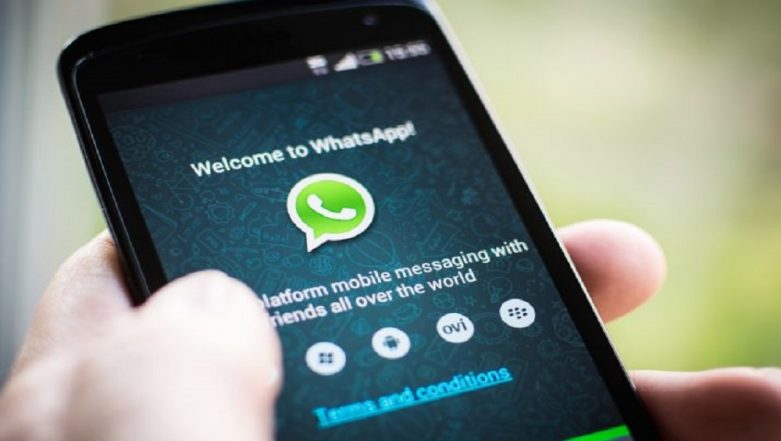 New York, August 30: In a significant find, researchers have discovered that right-wing users are more effective in using Facebook-owned WhatsApp to spread news, disinformation and opinions during elections. After performing the first large-scale analysis of partisan WhatsApp groups in the context of Brazil's 2018 election, the researchers from Northwestern University found that right-wing groups in Brazil were much more numerous and shared substantially more multimedia content and YouTube videos than left-wing groups. With more than 120 million users, Brazil is the second-largest WhatsApp market in the world after India which has 400 million users of the Facebook-owned platform.

"Our ultimate goal is to understand how information and misinformation spreads, so we can find technological interventions," said Larry Birnbaum, the study's senior author. "We want to find ways to help people better evaluate the information they receive. Media literacy has not caught up with rapid changes in technology," Birnbaum added. WhatsApp Usage to be Time-Restricted by Modi Government? Charge of Rs 499 Per Month to be Levied? Here's a Fact Check.

From September 1 to November 1, 2018, Birnbaum and Victor Bursztyn followed 232 partisan groups. During that time, they collected 2.8 million messages from more than 45,000 users (This is 3.5 times as many messages and 2.4 times as many users than the largest competing dataset to date).

"It's hard to say whether multimedia is more effective in influencing opinions, but right-wingers are more savvy in using them," said Birnbaum. "Images are always more compelling than text."

They also found that the most-shared news by WhatsApp groups during the 2018 presidential election campaign came from websites that spread disinformation, as identified by several fact-checking agencies. "Data suggests that both sides consume this content, but it's a more prevalent problem on the right," Birnbaum said.

The team will present their findings at the IEEE/ACM International Conference on Advances in Social Networks Analysis and Mining in Vancouver, Canana, on Friday. During the general elections in India this year, WhatsApp was blamed for influencing voters. WhatsApp turned out to be the biggest social media platform for more than 87,000 groups to target millions with political messaging, according to social media experts.

Congress leader Shashi Tharoor, in a commentary piece, accused the Bharatiya Janata Party (BJP) of influencing voters via social media platforms in Lok Sabha elections and WhatsApp being their favourite medium simply because of its massive reach.

Despite tall claims made by Facebook that it is removing 10 lakh fake accounts a day in India, a recent survey by online start-up Social Media Matters and New Delhi-based Institute for Governance, Policies and Politics revealed that one in two Indians receive fake news via Facebook and WhatsApp. The survey stated that 96 per cent of the sample population received fake news via WhatsApp.