Google has told developers that all rewards on the app will be bandied through Google Pay itself. 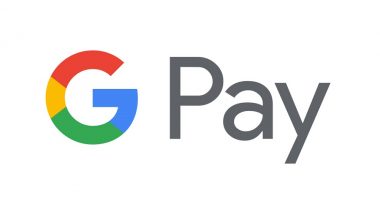 San Francisco, May 17: To push its payments platform Google Pay in India, the search engine plans to offer cashback incentives on Android apps. Codenamed "Project Cruiser", this in-app engagement rewards platform has been in the works since last year and it is led by Google's Next Billion Users team. Google Pay India Users Can Now Buy or Sell Gold At Latest Price Through App on Android & iOS.

"Google Pay will be used for transactions between businesses and users, thereby expanding the reach of Google's payment service. Executives from the company have reached out to several businesses in India in recent months to coax them into coming on board," TechCrunch reported on Friday.

As part of the plan, the search-engine giant would encourage people to update their Android apps or refer them to a friend for both of them to win up to a specific amount on Google Pay.

Google has told developers that all rewards on the app will be bandied through Google Pay itself. If the developers incorporate the platform into their apps, it would allow app developers to incentivise users to perform certain actions in their app in a "scalable" fashion.

"We're always looking at ways to serve the next billion users better, but we have nothing to share at this point," the report quoted a Google spokesperson as saying. Google is committed to not taking a cut of the app-revenue generated from developers through the initiative. Google Play Best Apps of 2018: Google Pay & Tik Tok Wins User's Choice App and Most Entertaining App Titles.

To appease claims of platform abuse, Google may plan to support other payment options from third parties at a later stage, the report added. Google Pay was launched in India on September 18, 2017 has over 25 million monthly active users in India. The search-engine giant clocked $1.4 billion in revenue from the country in 2018, making India a strong market for the company.

(The above story first appeared on LatestLY on May 17, 2019 01:40 PM IST. For more news and updates on politics, world, sports, entertainment and lifestyle, log on to our website latestly.com).