A key figure at Apple, Tesler made notable contributions in the field of computer science. After the news of Tesler’s demise broke, friends, family and fans have taken to Twitter to mourn his death. They paid their tributes on the social media sites remembering one of the greatest inventors in the field of computing and technology. 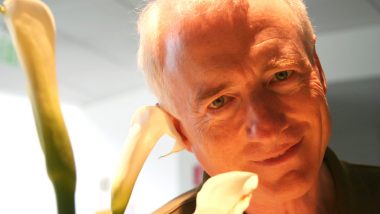 Computer scientist and user interface guru, Larry Tesler died on Monday (February 17, 2020) at the age of 74. A key figure at Apple, Tesler made notable contributions in the field of computer science. His invention of “cut, copy and paste,” has made many lives more comfortable and significantly used by individuals across the world. After the news of Tesler’s demise broke, friends, family and fans have taken to Twitter to mourn his death. They paid their tributes on the social media sites remembering one of the greatest inventors in the field of computing and technology.

Tesler was a former Xerox researcher, who also worked in some of the popular tech giants including Apple, Yahoo and Amazon. Born in 1945, Tesler studied at Standford University in the 1960s. After graduating, he specialised in user interface design to making computer systems more user-friendly. He is majorly credited as the inventor of “modeless editing and cut, copy and paste,” while he was part of the research staff at Xerox.

The inventor of cut/copy & paste, find & replace, and more was former Xerox researcher Larry Tesler. Your workday is easier thanks to his revolutionary ideas. Larry passed away Monday, so please join us in celebrating him. Photo credit: Yahoo CC-By-2.0 https://t.co/MXijSIMgoA pic.twitter.com/kXfLFuOlon

Tesler’s friends, colleagues and followers have flooded their Twitter timeline remembering the computer scientist, after the news of his sad demise surfaced.

Oh, no. He was a _giant_ in computer science. RIP.

Sad to hear that my old friend,colleague,and occasional boss,computer scientist Larry Tesler,died yesterday. Condolences to family,friends,colleagues. https://t.co/HWkaCHR79Y . Most people don't realize that he was the pioneer of the 'modeless' style of text editing used in Word.

I was lucky enough to work with Larry Tesler at Yahoo!. I learned so much from his quiet grace. He encouraged me pursue @12seconds among other things. We had great conversations about what we called Digital Life Management. https://t.co/uca8AiCUtZ

One of the most amazing people I’ve ever worked for, made my time at Apple truly “insanely great.” https://t.co/SiLoITErAL

In Case, You Didn't Know!

So, Larry Tesler died. Who? He helped design the original user interface for the Macintosh. He invented copy/paste. He helped develop the Apple Lisa, the Macintosh XL and the Apple Newton. Steve Jobs visited Xerox to see their Alto GUI and it was Larry who gave the demo.

Tesler left Apple in 1997 and served as Vice President of the shopping experience at Amazon and later, as head of the user experience design and research at Yahoo. The cause of his death has not been made available. We hope, that soul rests in peace.

(The above story first appeared on LatestLY on Feb 20, 2020 12:35 PM IST. For more news and updates on politics, world, sports, entertainment and lifestyle, log on to our website latestly.com).