Microsoft is also rolling out support for these languages in the Microsoft Office 365 and the Swiftkey keyboard. 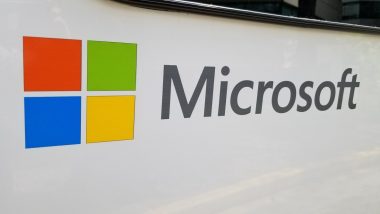 New Delhi: Microsoft India on Thursday announced that its 'Microsoft Translator' will now offer real-time translation in five additional languages -- Gujarati, Marathi, Kannada, Malayalam and Punjabi. This takes the total number of Indian languages supported to 10, including Bengali, Hindi, Tamil, Telugu and Urdu. With this, the service will now allow over 90 per cent of Indians to access information and work in their native/preferred languages, making computing language-agnostic and more inclusive in the country. Microsoft CEO Satya Nadella Inks Multi-Year Deal With NBA.

"We have supported Indian languages in computing for over two decades, and more recently have made significant strides on machine translation across languages," Sundar Srinivasan, General Manager, Microsoft India (R&D) Pvt. Ltd., said in a statement. "With this release, we are bringing in cutting edge machine learning tech to democratize access to information for everyone in India," Srinivasan added. According to the company, users can avail the benefits of artificial intelligence (AI) and Deep Neural Networks-enhanced, real-time translation in all these languages while using Bing and the Microsoft Translator website, as well as the Microsoft Translator App for Android, iOS and Windows. Microsoft Surface Go 2 & Surface Book 3 Reportedly To Be Launched Soon.

The app can recognise and translate languages from text, speech and even photos. Microsoft is also rolling out support for these languages in the Microsoft Office 365 and the Swiftkey keyboard. For organisations of all sizes, Microsoft provides an application programming interface (APIs) on Azure that they can use in their products to conduct their business across the country and globally in different languages.

(The above story first appeared on LatestLY on Apr 17, 2020 09:47 AM IST. For more news and updates on politics, world, sports, entertainment and lifestyle, log on to our website latestly.com).