After launching the G-Series mid-range smartphones, Motorola is gearing up to introduce its next flagship smartphone Motorola Frontier. 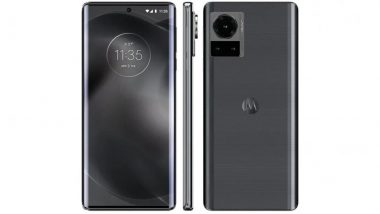 After launching the G-Series mid-range smartphones, Motorola is gearing up to introduce its next flagship smartphone Motorola Frontier. Ahead of its launch, an image of the device has been leaked online, revealing its design, camera module and display. Motorola Frontier To Reportedly Feature 194MP Camera. 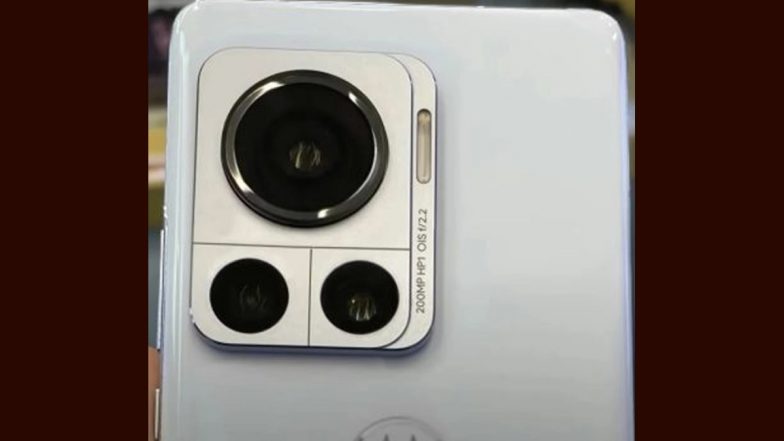 According to the leaked image, Motorola Frontier will get a similar camera setup as that of the Xiaomi 12 smartphone. The camera module comprises three lenses. The primary lens is 200MP. A report from 91Mobiles reveals that the Motorola Frontier might carry a 50MP secondary lens and a 12MP third lens. The smartphone will come with curved edges and a Motorola logo on the back panel. The volume and power buttons are situated on the right spine of the handset.

Motorola Frontier is said to feature a 6.7-inch FHD+ curved AMOLED display with a refresh rate of 144Hz. It could be powered by a Snapdragon 8 Gen 1 SoC paired with 12GB of RAM and 256GB of internal storage. The handset is likely to be fuelled by a 4,500mAh battery with 125W wired charging and 30W or 50W wireless charging support. The device is said to run on Android 12 based MyUX OS.

(The above story first appeared on LatestLY on Mar 29, 2022 01:27 PM IST. For more news and updates on politics, world, sports, entertainment and lifestyle, log on to our website latestly.com).