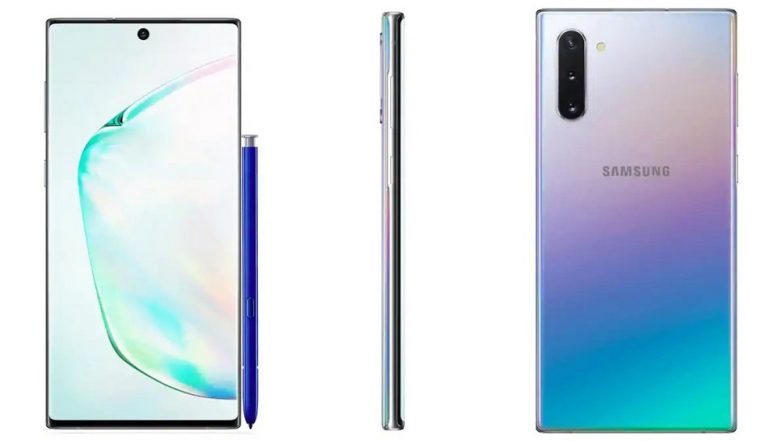 The Galaxy Note 10, according to Ice Universe, who has been one of the more accurate Samsung predictors in the past, will only support 25W charging, reported Tom's Guide on Wednesday.

Many industry watchers believe 45W charging could fundamentally change the battery game. It could only take only a few minutes for you to significantly boost your Galaxy Note 10 Plus charge, the report added. Samsung Galaxy A80 Smartphone With Rotating Triple Camera Launched in India At Rs 47,990.

Meanwhile, the launch of the Galaxy Note 10 is likely to get delayed as the tech major is reportedly slowing down the production of its top tier Exynos 9825 chipset for the handset.

The latest trade feud may have forced the tech giant to adjust the manufacturing timeline as it fears running out of chemical products currently being restricted by the Japanese government.

The chemical products used in the manufacturing of the processor include fluorinated polyimide, hydrogen fluoride and resists, also considered essential to the manufacturing process of displays. Samsung Galaxy Note 10 New Renders Images Surface Online Ahead of Official Launch.

Korean chipmakers, including Samsung and SK Hynix, rely heavily on Japanese companies such as Sumitomo Chemical for these materials.

The company has been making use of its in-house Exynos chipset and Qualcomm's Snapdragon to power its smartphones, including Galaxy S and Note line-up.

Samsung Electronics Co. plans to release its latest phablet, the Galaxy Note 10, in South Korea in late August following a showcase event earlier in the month. With an unpacked event slated for August 7 in New York, Samsung plans to accept pre-orders for the Galaxy Note 10 two days later, ahead of its official launch in the domestic market on August 23.