Samsung Galaxy Note 10 Might Not Feature Snapdragon 855 Plus Chipset: Report 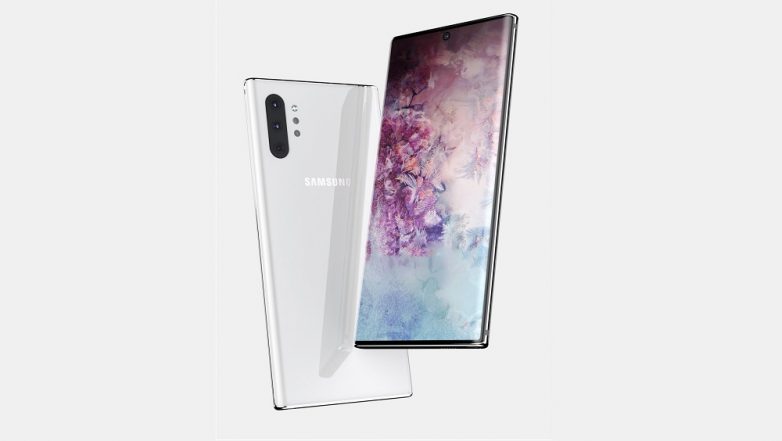 Seoul, July 17: Samsung's next flagship, the Galaxy Note 10, may not feature Qualcomm's latest gaming-centric Snapdragon 855 Plus chipset. While the international models of the Samsung Galaxy Note 10 will feature a newer Exynos chip that is found in the Galaxy S10 series, Note 10 models sold in the US will feature the original Snapdragon 855 processor, not the 855 Plus, 9to5Google quoted the WinFuture on Tuesday. This Fake 'Updates for Samsung' App Fooled Over 10 million Android Users; Are You One of Them?

ASUS's ROG Phone II which is slated to debut later this month, would be among the first smartphones to feature the Snapdragon 855 Plus processor.

Meanwhile, the launch of Galaxy Note 10 is likely to get delayed as the tech major is reportedly slowing down the production of its top tier Exynos 9825 chipset for the handset.

Time to level up. Galaxy Unpacked on August 7, 2019. #SamsungEvent pic.twitter.com/2CtFPjFCAr

The latest trade feud may have forced the tech giant to adjust the manufacturing timeline as it fears running out of chemical products currently being restricted by the Japanese government. After Samsung & Huawei, Sony Working on Foldable Phone: Report.

Samsung Electronics Co. plans to release its latest phablet, the Galaxy Note 10, in South Korea in late August following a showcase event earlier in the month. With an unpacked event slated for August 7 in New York, Samsung plans to accept pre-orders for the Galaxy Note 10 two days later, ahead of its official launch in the domestic market on August 23.