The extremist mind is cognitively cautious, slower at perceptual processing and has a weaker working memory. The mental signature for extremism across the board is a blend of conservative and dogmatic psychologies. 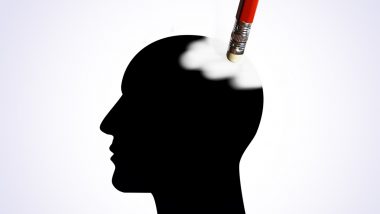 London, February 22: Extremists have shorter memories and tendencies towards impulsiveness and are also sensation seekers, according to a study by Cambridge researchers in to the psychological "signature" of the extremist mind.

The study, published in Philosophical Transactions of the Royal Society B, suggests that a particular mix of personality traits and unconscious cognition -- the ways our brains take in basic information -- is a strong predictor for extremist views across a range of beliefs, including nationalism and religious fervor.

This combination of cognitive and emotional attributes predicts the endorsement of violence in support of a person's ideological "group," said the study. Memory of Sexual Violence Haunts Women for Decades: Study.

"By examining 'hot' emotional cognition alongside the 'cold' unconscious cognition of basic information processing we can see a psychological signature for those at risk of engaging with an ideology in an extreme way," said Leor Zmigrod, lead author from Cambridge's Department of Psychology.

"Subtle difficulties with complex mental processing may subconsciously push people towards extreme doctrines that provide clearer, more defined explanations of the world, making them susceptible to toxic forms of dogmatic and authoritarian ideologies."

The study also maps the psychological signatures that underpin fierce political conservatism, as well as "dogmatism": people who have a fixed worldview and are resistant to evidence.

The research showed that brains of more dogmatic people are slower to process perceptual evidence, but they are more impulsive personality-wise.

The mental signature for extremism across the board is a blend of conservative and dogmatic psychologies. Moderate Intensity Exercise Can Boost Memory Performance.

While still in early stages, this research could help to better identify and support people most vulnerable to radicalization across the political and religious spectrum, according to the researchers.

Approaches to radicalization policy mainly rely on basic demographic information such as age, race and gender.

By adding cognitive and personality assessments, the psychologists created a statistical model that is between four and fifteen times more powerful at predicting ideological worldviews than demographics alone.

The latest research builds on work from Stanford University in which hundreds of study participants performed 37 different cognitive tasks and took 22 different personality surveys in 2016 and 2017.

Zmigrod and colleagues, including Cambridge psychologist Professor Trevor Robbins, conducted a series of follow-up tests in 2018 on 334 of the original participants, using a further 16 surveys to determine attitudes and strength of feeling towards various ideologies.

Across all ideologies investigated by the researchers, people who endorsed "extreme pro-group action", including ideologically-motivated violence against others, had a surprisingly consistent psychological profile.

The extremist mind is cognitively cautious, slower at perceptual processing and has a weaker working memory.

This is combined with impulsive personality traits that seek sensation and risky experiences, said the study.

(The above story first appeared on LatestLY on Feb 23, 2021 03:48 PM IST. For more news and updates on politics, world, sports, entertainment and lifestyle, log on to our website latestly.com).