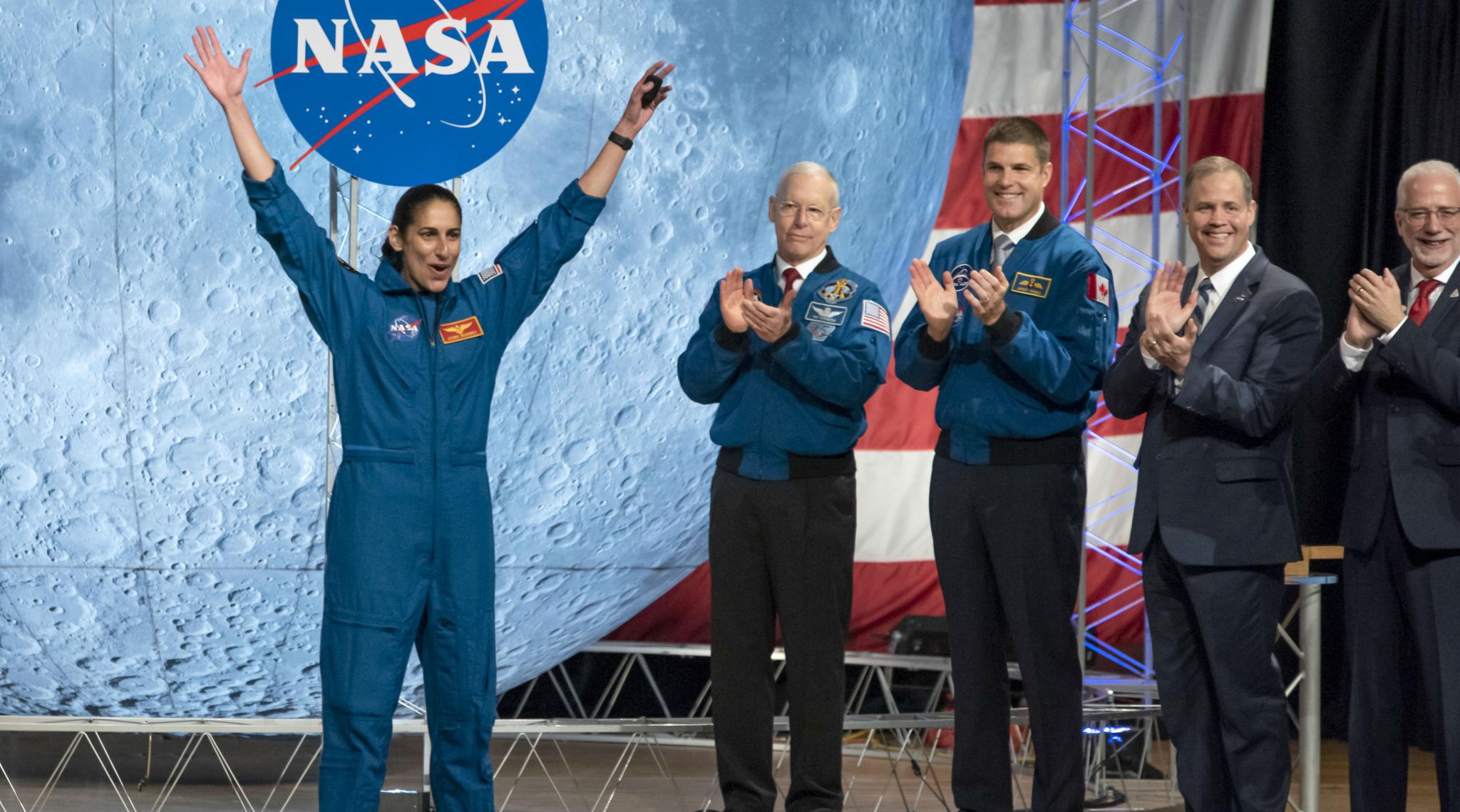 Houston, January 12: Jasmin "Jaws" Moghbeli earned her fierce nickname during her time as a decorated helicopter gunship pilot who flew more than 150 missions in Afghanistan. The Marine Corps major, MIT graduate and college basketball player can now add another accomplishment to her burgeoning resume: the first Iranian-American astronaut.

Speaking to AFP after graduating in NASA's latest cohort, the 36-year-old immigrant said she hoped her example might help inspire others from similar backgrounds. "I would love for everyone to be able to be inspired by everyone, but it is a little easier to be inspired by someone who looks like you or has something in common with you, so I do hope there is that influence," she said. NASA Plans First All-Female Spacewalk, Christina Koch and Jessica Meir to Make History on October 21; Here’s Everything You Need to Know About Upcoming ISS Mission.

She and her brother were born in Germany to Iranian parents, architecture students who had fled their native country after the 1979 Islamic Revolution.

But Moghbeli grew up in Baldwin, New York, which she considers her hometown -- and her story after that reads like an immigrant's fairy tale. At 15, she attended an advanced space camp, cementing her ambition to one day reach for the stars.

She graduated from the Massachusetts Institute of Technology, where she studied aeronautical engineering. But her parents were concerned to learn she then planned to become a military pilot (a well-trodden path to the astronaut corps). Moghbeli signed up in 2005 -- just four years after the September 11 attacks, and her parents were worried about what their daughter might face as a person of Middle Eastern heritage.

"But once I joined, they gave me absolute support," she said, crediting the backing of her family, and later her partner Sam, whom she married three months ago, for her success.

Following a brief US-Iranian rapprochement during the Obama years, tensions between the two countries have soared again under the current administration. President Donald Trump tore up the landmark nuclear deal signed by his predecessor and added Iran to a list of mainly Muslim countries whose nationals are banned from entering the US.

And last week's killing by US forces of top Iranian commander Qasem Soleimani raised the specter of a broader conflict. But Moghbeli said she had personally not faced problems during her time in service. "I haven't in any way felt that changed anything about how I'm treated," she told AFP.

She spoke fondly of close friendships forged during her military missions and astronaut training -- feelings that are clearly reciprocated. At her NASA graduation ceremony, classmate Jonny Kim described Moghbeli as "dependable," "resilient" and "fierce," in short, "the perfect crewmate I’d go into the void of space with."

Kim is himself a decorated Navy Seal and emergency physician. He and Moghbeli were two of the five people of color in the graduating class of 11, selected from a record-breaking 18,000 applicants. As an astronaut, Moghbeli will need to draw upon her experiences and the close calls she faced both as a test pilot and later as a combat pilot, to think fast and mitigate the unique risks that come with space flight. Christina Koch, NASA Astronaut, Sets New Record, Becomes First Woman to Spend 299 Days in Space; View Pics.

So what is it about space that makes it all worthwhile? "One of the reasons I love working in human space exploration is, it's something we generally all agree on and unite on," she said, citing two decades of close US-Russian cooperation on the International Space Station, despite the two countries' otherwise fraught ties. "I think it is an area where we see diplomacy where we don't see it in other areas," she said. "I think it has an impact."