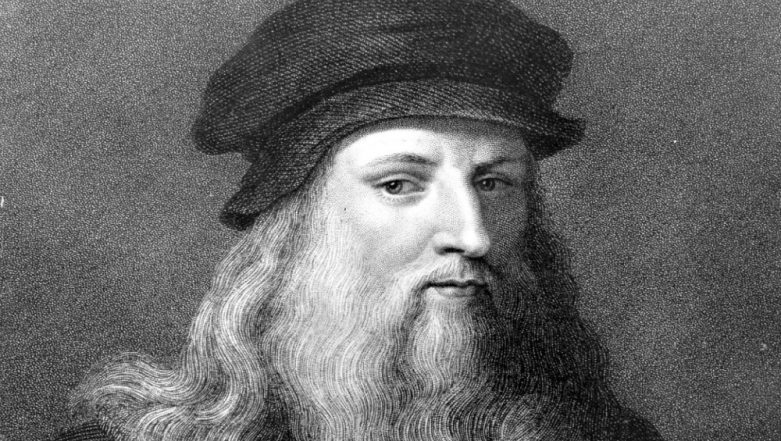 Rome, May 2: A lock of hair believed to have belonged to the Renaissance master Leonardo da Vinci is set to undergo DNA testing. The news comes just before the 500th anniversary of the artist's death on May 2.

The hair was recovered from a private collection in the US. The two art historians, who will research it, intend to use the DNA to explore whether bones discovered at Da Vinci's presumed burial place in France do indeed belong to the artist, CNN reported on Tuesday. Salvator Mundi, World’s Most Expensive Painting by Leonardo da Vinci Could Be ‘Fake’, Claims Art Scholar.

The "Mona Lisa" painter died in the French town of Amboise in 1519 at the age of 67 after suffering multiple strokes, it is believed. Bones supposedly belonging to him were excavated in 1863.

Their DNA analysis may help to analyze Da Vinci's presumed remains in a tomb in Amboise.

"We are planning to carry out DNA analysis on the relic and compare it to... bones found in Leonardo's burials that we have identified in the past years," CNN quoted Agnese Sabato, President of the Leonardo da Vinci Heritage Foundation as saying.

The hair will go on public display as part of the "Leonardo Lives" exhibition at the "Museo Ideale Leonardo da Vinci" from Thursday onwards in the artist's hometown of Vinci, close to the city of Florence, Italy.